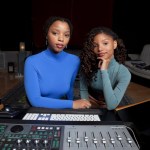 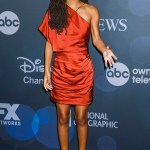 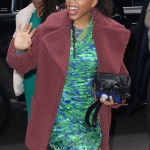 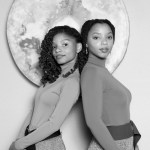 One week after delaying their second album, Chloe x Halle finally released ‘Ungodly Hour.’  Judging by how fans are saying this masterpiece demands a Grammy, it was worth the wait.

Two years after singing about how The Kids Are Alright, Chloe x Halle (aka Chloe and Halle Bailey) have returned with a new album – and the timing could not be any better. The sisters released Ungodly Hour on June 12, thirteen tracks of divine music goodness, including their single “Do It,” as well as their Swae Lee/Mike Will Made-It collaboration, “Catch Up.” The reaction was, as expected, jubilant, as fans could not hold back their joy over the new release.

“Chloe x Halle are two talented unproblematic queens who have grace, poise, and style. I really have no choice but to stan,” one fan raved on Twitter, while another fan wrote, “Just finished #UngodlyHour & when I tell you it was an out of body experience.” The production value of this album — from the vocals to the beats — is truly a masterpiece that your body will have no choice to vibe to, which Chloe and Halle truly played a huge role in beyond providing their heavenly voices. The sisters hold writing credits in all 13 tracks, and Chloe produced the songs “Intro,” “Baby Girl” and “Overwhelmed.” Halle also shares a producing credit with her sister on “Wonder What She Thinks Of Me” — a truly surreal song on the list — in addition to “ROYL.”

Ungodly Hour was initially set for a June 5 release, but as the country dealt with massive protests over the death of George Floyd, Breonna Taylor, Tony McDade, and other Black men and women killed by the police, the sisters decided to delay their record. “In honor of all of the lives lost in police brutality, we felt like it was right to postpone, and fully shine our attention and our work on them,” Chloe said in a video. “Music has been used, for a long time, to bring us joy and healing in difficult times like this,” added Halle. “That is why we’re very excited to share it with you next week because we’re all going through this together.” The sisters have always been unafraid to take a political stance, be it encouraging their fans to vote, asking them to sign petitions, stand up for righteous causes, or just celebrate Black joy.

It’s this fearlessness that is captured on this new album. “For Ungodly Hour, we were so excited to just flip the narrative of being the perfect angel and show the other side[s] of us.…,” Halle said in an interview with Teen Vogue. “The dark side, the naughty side, the things that happen that you don’t see behind the scenes.”

“We wanted to show our sensual side because we are growing as young women, but we still kept it classy and cute,” Chloe added in the Teen Vogue chat. “It was just really fun for us to do that. We also wanted to start dancing this era, and just something really simple. And it makes us so happy to see everyone doing that dance [for their single “Do It”] on TikTok.”

The album was already a success before its release – at least, in one fan’s eyes. Chloe x Halle’s mentor Beyoncé was given a preview of Ungodly Hour, and she thought it was flawless. “When we sent her the album, she said that she loved it and didn’t have any notes,” Chloe Bailey recalled in an interview with the Associated Press. “(We) were like, ‘Oh wow!’ She must really like it because she always sends notes, which we appreciate and add in most of the time. I’m really proud of this album, and if she loves it, I hope everyone else loves it, too.”