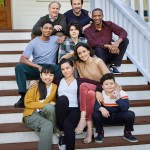 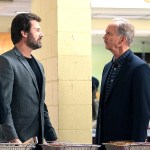 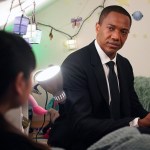 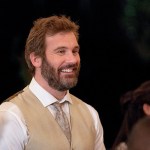 The council comes together to celebrate Larry being 5 years sober in this EXCLUSIVE preview of the all-new episode of ‘Council of Dads.’ However, the real reason behind Anthony’s Vegas trip comes to light.

When Anthony sits down at the table for dinner with Robin, Oliver, and Larry, he’s immediately asked about his recent Las Vegas trip. He’s not exactly forthcoming with the details. “People need to be allowed to leave, right? It’s just reality. This is all temporary. Things are going to change, and we’re going to have to adapt,” Anthony says in this EXCLUSIVE preview of the June 11 episode of Council of Dads.

Robin didn’t mean to get Anthony all worked up. They just missed him, that’s all. Luly brings over a cake to celebrate Larry being 5 years sober. Larry is caught off guard. He wasn’t expecting this.

He’s about to make a speech to the crew when he stops himself and asks Anthony, “Why are you talking about leaving?” He refuses to let it go, too. Robin and Oliver chime in as well. Anthony finally reveals that he was offered a “big opportunity” in Las Vegas. He has the ability to have 25,000 square feet at Caesar’s Palace. This opportunity could change his life.

Anthony tries to deflect the conversation back to Larry. He asks Larry to blow out his candles. Larry does but it’s not genuine. He wants answers from Anthony. This celebration certainly took a turn!

The synopsis for the June 11 episode of the show reads: “Anthony contemplates an intriguing job offer that would mean a move to Las Vegas. Evan finds his loyalties tested between Luly and his strong-willed mother while Larry shares some sage advice. Oliver confronts Anthony about a deeply held personal secret that will rock the Perry family.” Council of Dads airs Thursdays at 8 p.m. on NBC.