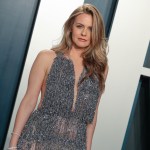 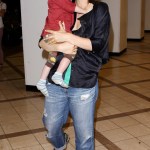 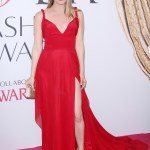 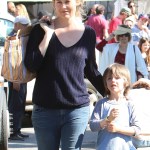 Alicia Silverstone revealed that she takes ‘nourishing and comforting baths’ alone and with her nine-year-old son Bear to help herself relax during the coronavirus pandemic.

Some Twitter users were in shock after Alicia Silverstone, 43, revealed she still sometimes takes baths with her son, Bear, 9, in a new interview. The admission came when the actress was talking about what she’s been up to at home during quarantine. “My son and I take baths together, and when he’s not with me, I take a bath and that really feels nourishing and comforting,” she told the New York Times on May 31.

Wrong on so many levels I hope they both wore a bathing suit!

“Wrong on so many levels I hope they both wore a bathing suit,” one Twitter user quickly commented after the article went public. “That kid is going to need some major therapy,” another user wrote. A third user seemed to indicate discomfort with the situation when they wrote, “That’s enough distractions for today” and a fourth simply asked, “Umm what?!” about the situation.

The latest backlash over Alicia’s bath practices with her son isn’t the only backlash she’s received when it comes to how she raises the young boy. The Clueless star also got social media users’ attention when she posted a video that showed her chewing up Bear’s food before feeding it to him back when he was just 11-months-old in 2012. Although she explained that the tot loved eating mouth-to-mouth, Dr. Aaron M. Soeprono, DDS at Meridian Dental EXCLUSIVELY told HollywoodLife that it could spread dangerous virsuses and diseases.

“Any time there’s mouth-to-mouth contact between a mother and their baby it’s going to pass bacteria and possibly viruses,” Dr. Soeprono said in 2012. “Also if the mother has periodontal disease, that can unhealthy bacteria that can cause bone destruction. I would advise against it.”

Alicia has also been open about how feeds Bear, whom she shares with ex-husband Christopher Jarecki, 43, a vegan diet. She’s received some criticism over it, but insisted he “has more energy” than most kids during a May #BlogHer20 panel. “I always laugh, like, ‘Oh, my poor vegan baby, he’s so weak,’ because he’s jumping all over the place and he’s so wild,” she said about the criticism and how Bear responds to the diet. “But there’s a calmness to him and a centeredness. He’s not off the charts.”