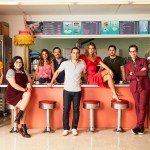 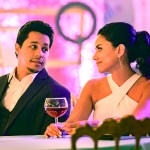 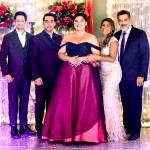 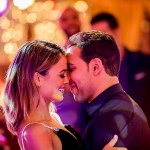 ‘The Baker & the Beauty’ finale ended with a major twist. EP Dean Georgaris talks season 2 plans regarding Noa and Daniel’s future, Mateo and Vanessa’s relationship, and more. Spoilers ahead!

After an epic reunion, Noa and Daniel are officially engaged! The season finale of The Baker and the Beauty featured the couple finding their way back to each other after Noa suddenly ended their relationship. Noa and Daniel realized they couldn’t live without each other and revealed they were engaged to the Garcia family in the final moments of the episode.

HollywoodLife talked EXCLUSIVELY with executive producer Dean Georgaris about what a potential season 2 would look like for the show. Just because Noa and Daniel are engaged doesn’t mean it’s going to be smooth sailing for them. He also discussed the growing love story between Mateo and Vanessa, as well as his plans for Lewis. Read our full Q&A below.

Was there ever a moment when you were talking about the finale that Noa and Daniel weren’t going to end up together again?
Dean Georgaris: I always wanted them to end the first season together. Because in my mind, the Noa and Daniel relationship, the secret behind it is even though she’s one of the most famous people in the world and that makes it seem unique, their love story is a love story like most of us have. They have that initial meeting. They have a period where they don’t know: are we just friends? Is this working? Maybe you have a breakup. Maybe there are some exes in there. But then at a certain point, you’re going to make the commitment to be engaged, to be really serious about each other. I always knew in my design I was wanting to end the first season that way so that we could spend the second season with those two characters exploring what happens if you are engaged, but you actually don’t know whether you’re good partners or not. At a certain point, we had discussions about whether or not to keep them broken up, but it didn’t feel true to our show. I can’t really tell you why with the exception of maybe what I said before, which is we try to be as natural a show as possible. I just felt that saying to the audience “will they won’t they get back together” when it’s called Baker and The Beauty, please wait over summer or whatever to find out, just felt a little manipulative to me. What became fun was realizing the audience has been rooting for this couple all year. What if we end the season by saying be careful what you wish for? You like them together? Well, do you like them this much? Because they just got engaged and getting to play with the family’s reaction to it, which is obviously not necessarily thrilled.

On another note with romance, we have Mateo and Vanessa. That has been a very interesting relationship that has built over the course of the season. Would you like really pursue that relationship in season 2?
Dean Georgaris: Yes. I have planned out season 2. We don’t know if we get one yet, but I will just say that in season 1, we drew everyone in with this one love story. It’s the baker and the beauty, but we actually have 3 bakers and 3 beauties. We sort of have a fourth if you count little Natalie as both a baker and a beauty. The idea in season 2 is actually to tell 4 love stories as opposed to just one. In the case of Mateo and Vanessa, it’s a very surprising turn on their relationship that I don’t think people will expect, but I think people will enjoy it. That relationship, candidly, is probably the thing that changed the most in the design of the first season. Building to them having hooked up and the feelings being genuine… Originally, that was a slower burn, but we saw the chemistry and the talent David Del Rio and Michelle Veintimilla have, and after about the second or third episode, I just found myself thinking these two are undeniable. I didn’t want to drag this out too long. What it gave us in the season finale, which was sort of a happy accident by the time we got there, was that we got to have our cake and eat, too. Noa and Daniel are together, and Vanessa and Mateo are not. I think that helped balance out the finale.

I felt so bad for Vanessa in the beginning.  I wanted her to get some semblance of romantic happiness or something because that beginning was brutal to watch.
Dean Georgaris: One of my favorite moments, no matter what I do, will be the various takes of Michelle singing the Taylor Swift proposal because she did 4 versions, each one a little more over the top than the one before. We ended up using one that was about the middle version. I love the character of Vanessa. Vanessa and the family are really the biggest departures from the original format. We’ve always wanted to protect her and surprise our audience and make them think… Oh, you think she’s a crazy ex-girlfriend? No, she’s not. She’s actually passionate and really caring and loves this family. To me, she and Mateo make better sense. I don’t know why, but they do.

Given what a season 2 might bring with Noa being engaged Daniel, Noa and Vanessa might cross paths more. Do you think there’s ever a possibility that they could become friends?
Dean Georgaris: The quick answer is yes. I think the plan in season 2 is to have their lives intersect more often. I think one of the fun things about this show is the combinations of characters are really exciting to play with. For example, I want to see more of Noa and Natalie. I want to see more of Lewis and Mateo. I think season 2 is about ways to create new combinations. Building Vanessa and Noa as a long-term friendship is the kind of thing we want to do on the show. You can imagine the future where one of them turns to the other for support, and it feels really earned because by then you’ve been through so much with them that you understand that there’s a real bond there.

The later episodes really focused on Noa’s company. Her dad came into the picture and that was a very interesting and tense dynamic between the two. Would you consider bringing her dad back? I feel like there’s still a lot to explore there.
Dean Georgaris: There’s still a lot to unpack with Noa and her dad, and potentially Noa and her mom. Because on the one hand, Noa suddenly has access to instant family. She really loves the idea of being close with the Garcias. She’s wanted to be a part of a family like that her whole life, so that sets up a really nice opportunity to bring her dad or mom back in a surprising way and to play with these relationships that don’t necessarily always clean up the way you want them to know. I think Noa and her dad have a long road to go before any of us would feel like they’ve really reconnected. He’s an exciting character and anytime you have a character that you don’t quite trust that always makes for good drama.

I love Dan Bucatinsky. I loved his arc towards the end of the season with the father-daughter dynamic between Lewis and Noa. What would you want to explore with Lewis in season 2?
Dean Georgaris: I think what was so much fun to do with the character of Lewis and what having an actor like Dan allows you to do is take a character that may at first feel familiar, and then peel back layers of the onion to reveal sort of why he is the way he is or why he has intimacy issues or why he thought he was straight when he was 17. I think going forward in season 2, Lewis has been really the only reliable family Noa’s ever had in her life. He’s been basically family and business. What becomes really interesting is, as the family part of her life gets filled by other people and as Daniel takes over as being the first shoulder she first cries on, it frees Lewis up to explore the kind of life he hasn’t had a chance to explore, like a real personal life. I think it also makes him consider what he wants the next 20 years of his life to look like because he’s a character in transition. If you think of him as her father, this is a father who’s probably looking at the man his daughter is going to marry. Lewis’ life besides Noa is a fairly empty nest, and what other things might fill that nest is something we’ll explore. We really get to just do more character work with Lewis in season 2, and when you have an actor like Dan, that’s really what you want to be doing because he’s spectacular.

Will Noa be going into full-scale wedding mode in season 2, or would Noa and Daniel have a long engagement?
Dean Georgaris: What does not interest me is lots of wedding planning because I’ve seen it before. We have a lot of things on Noa’s horizon. She’s acting in a really important movie for the first time in her life, and she’s moving Daniel into her house. Will there be some wedding planning? Absolutely. She’s not a bridezilla, and the story of season 2 isn’t Noa as a bride. Their story, Daniel and Noa’s, is really is about: is love enough? What does it actually take to make a partnership work and a real marriage work?