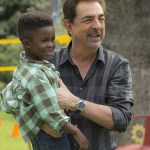 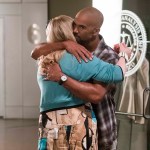 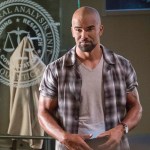 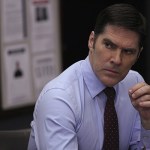 The 15th anniversary of ‘Criminal Minds’ is later this year, and HL spoke with cast members Joe Mantegna, Kirsten Vangsness, and A.J. Cook about their favorite moments from the show and a revival!

Criminal Minds’ run on CBS may be over, but its legacy lives on. WE tv is celebrating the 15th anniversary of the long-running series by airing special marathons on Mondays and Saturdays beginning Memorial Day Weekend through Labor Day. The special marathons will include top fan and cast favorite episodes from the award-winning drama featuring interviews with the cast. HollywoodLife chatted with beloved cast members Joe Mantegna, Kirsten Vangsness, and A.J. Cook about how they felt about the show’s series finale, a possible revival, their standout moments, and more.

Joe, Kirsten, and A.J. immediately said “yes” in unison to coming back for a Criminal Minds revival — without hesitation. “I can confidently say that with every single one of us they could just say ‘it’s called You Guys Read A Phone Book,’ and we’d be like, ‘Cool. We’ll be there,'” Kirsten, who played Penelope Garcia, told HollywoodLife. “Everybody on that show was such a supportive artist to work with and a supportive artist to learn from, so it’s a no brainer to be in the room with the nice geniuses again.”

It’s only been a few months since Criminal Minds came to an end on CBS. For A.J., who played Jennifer “JJ” Jareau, she misses not seeing her beloved cast members on a daily basis. “I miss everybody. I miss the camaraderie,” she said. “We went through so many pivotal life moments together as a group. Over those 15 years, we really held each other up when someone needed to be held up. It was just such a beautiful thing. I miss everyone so badly, but I’m so grateful we had those moments. I grew up on the show and these people that I’ve worked with, cast and crew, they really helped shape who I am as a person today. I just feel so lucky that I get to take the best pieces of them, and they now live inside of me. I’m trying to do them justice because they’re some of the most beautiful, big-hearted people I’ve ever met. So I really miss the every day and seeing everybody’s beautiful face.”

The 2-part series finale aired in Feb. 2020 and wrapped the series up in a fitting way. Kirsten starred in and co-wrote the finale, and she admitted that there are few things she would change about the finale. “You never really feel like you really nailed it. However, if I had my druthers I would have made that thing twice as long,” Kirsten said. “It’s just hard to because you’re wrapping up. It’s the series finale, not a finale of a character. Erica [Messer] and I had written these closing out changes for characters but you have to say goodbye to the show. My biggest I guess regret is the word, but it’s not a regret because you’re given what you’re given, is not everybody gets their proper shining moment. It’s so quick, but I can say one thing I’m really proud of is I remember we were sitting in the editing room talking about the whole dance sequence and someone said, ‘Is this may be too long?’ And we were like, ‘Nope. People need to see this. Just let the camera go.’ I would have loved to have all kinds of the old characters come back — the good guys, not just Strauss, but like other ones that would have been so cool.”

Joe, who played David Rossi, added, “I thought about what we did do, and what you did by being one of the writers, Kirsten, is that you ended more realistically in the sense that we all went back. In essence, it continued. We went back to work. If we would have ended it with all the other stuff, it would have been a finale. It would have been like, okay, we ended at 15 seasons. Goodbye. The fantasy is over. This isn’t a fantasy. It’s a real job. It’s like it didn’t really end. The show goes on.”

A.J. echoed Joe’s note about these characters continuing on, even though we don’t see them anymore. “They’re still doing their thing,” she said. “They’re still hunting down those serial killers. I think that’s why there’s been no closure for me. It just feels so wide open still. I always want to feel that way because then there’s hope. There’s that feeling of hope that the heroes are out there.”

By the end of the show’s 15-season run, Criminal Minds had aired 324 episodes. HollywoodLife asked the trio about the episodes that stand out in the heads. “Whenever I get asked that question I always want Joe to give that answer because Joe’s answer just always touches me. I feel like we were honored to be able to be even involved in those,” Kirsten told HollywoodLife. “For me, one of the ones that always sticks out whenever anybody asks that is the episode where JJ left. That was such a big part of the show. That just always left such an impression on me when we were shooting it. Personally, I was so upset. Professionally, it was just a real acting moment. Also, ‘Beautiful Disaster,’ which I co-wrote with Erica Messer. I think what was interesting to me about that is while I was writing it, I wrote it like the writer writing these two characters saying goodbye. And then when I went and acted it, I was like, oh my goodness, Garcia is still in love with him. He’s married, and she’s still in love with him. I was making that choice as an actor. But when I wrote it, I didn’t make that choice. So that always kind of sticks in my head.”

The episodes Kirsten is talking about regarding Joe are the ones about the late Meshach Taylor, who played Rossi’s former Marine sergeant Harrison Scott in a 2-episode arc. Joe opened up about being able to pay tribute to his friend. “I was able to direct two episodes and involve my dear friend me Meshach Taylor, a tremendous actor who was the guy who actually turned me on to Criminal Minds in the first place because it was his favorite show,” Joe said. “I was able to get him basically hired to play a character. The actor wound up passing away, and we were able to in the three-episode arc that we did with his character explore his character. He did a tremendous job in those first two episodes, and the third episode [after his passing] was totally devoted to that character dying and the fact that we buried that character along with my dear friend. Those will always be very special to me.”

A.J. joined the show after the pilot, and her character has had a number of incredible arcs. “I feel like we’ve watched her grow up on screen. She had two kids and got married and professed her love for her another character on the show. She was constantly evolving, and she just always wanted to be the best version of herself. It’s been cool to get to play a character for so long, where you can have all of the storylines unfold. There are so many great episodes, it’s hard to just pick one [episode.]”