Congratulations are in order for newlyweds Debby Ryan and Joshua Dun! The Jessie star, 27, and the Twenty One Pilots drummer, 31, said “I do” on New Year’s Eve in Austin, Texas, she told Vogue in a new interview, published on May 21. Debby explained that the couple planned their dream nuptials in just 28 days.

“We began to flirt with the idea of having a destination party celebrating the new decade, then decided in December to get married [in Austin] on New Year’s Eve, and just keep dancing until after the ball dropped,” she recalled. The usually private pair got engaged in December 2018, as seen in a celebratory post on her Instagram page at the time.

“We didn’t want the ceremony to be in a ballroom,” Debby told the magazine, which shared photos of her stunning off-the-shoulder, white gown by Elie Saab. Joshua looked handsome in a Paul Smith emerald green velvet suit with Nike Cortez shoes. “It became more and more important to us that the sanctity of the union exist in a reverent place,” she continued. “I think I saw every church in the greater Austin area and narrowed it down to two. Joshua chose the one we went with. The stained glass windows really got me.” 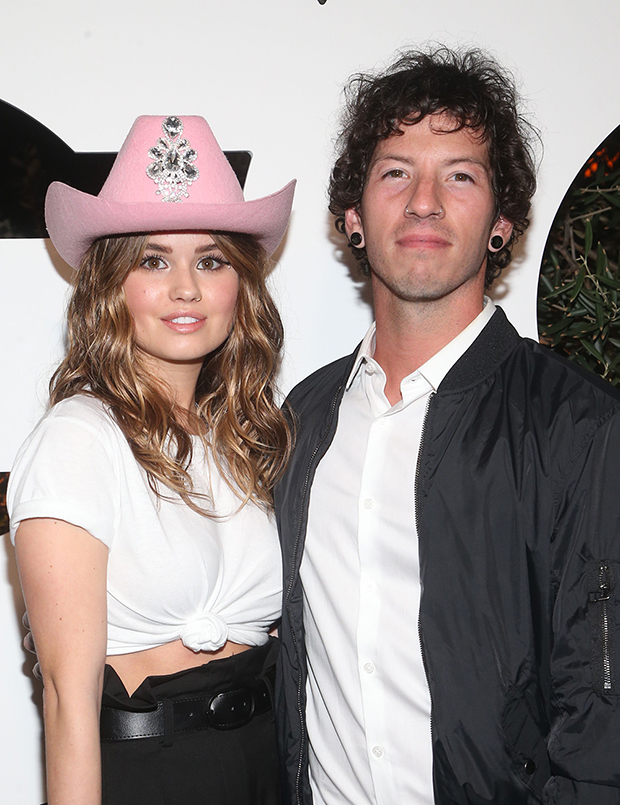 Debby gushed about the love at first sight moment she had when she laid eyes on her wedding dress. “The day the collection dropped on Vogue — I saved it,” she said about her Elie Saab wedding gown. “For a long time, it was the only image of a wedding dress I had saved anywhere, and the only image in a folder titled ‘wedding’ on my phone.”

The musician went on to paint a picture of the couple’s nuptials, which included a hospitality room with a caffeine bar and a ton of dancing. “The ceremony was the perfect balance. I felt like it was game night at our house, and this was the ultimate game, and boy did I win!” Joshua said. The couple’s dog, Jim, who wore a bow-tie with a ring pillow on his collar, acted as the ring-bearer.

The actress joked about their vows, which both Debby and Joshua penned themselves. “Because what is vowing to be together forever without us both acknowledging my annual trips to the emergency room and the significance of The Fast and the Furious franchise in our relationship?” she said.

Debby and Ryan dated on and off since 2013, before he popped the question at the end of 2018. Speculation that the two secretly married began when fans spotted his wedding ring in the music video for his band’s song “Level of Concern,” released in April. Congratulations to the newlyweds!