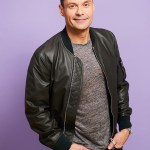 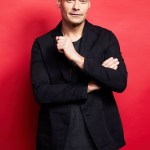 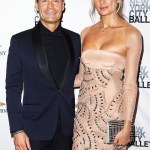 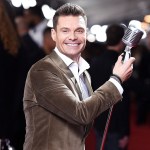 Ryan Seacrest is doing just fine, despite a little exhaustion, he confirmed on the May 19 episode of ‘Live with Kelly & Ryan.’ He addressed his health after concerns from fans who speculated that he had suffered a stroke, following his absence from the show.

Ryan Seacrest addressed rumors that his health was in danger on Tuesday’s virtual episode of Live with Kelly & Ryan. “I want to thank Mark [Consuelos] for filling in yesterday,” the veteran host, 45, who wrapped up American Idol just hours before hopping on the air with Kelly Ripa, said. “He’s so good at it, also, all the very kind well-wishes for my exhaustion, working around the clock,” Ryan explained, adding, “I got a day off to relax and here we are once again, at it on Live.” He did not directly address the specific “stroke” rumors. The Instagram account for Live! shared a clip from today’s episode (seen below), in which Ryan appears to be in good spirits.

Speculation that Ryan was in poor health began on social media on Sunday night, May 17, during the American Idol finale. Fans on Twitter claimed to notice him slurring his words, and pointed out that his right eye appeared like was bigger than his left — all of which led to presumptions about a stroke. The rumors about Ryan’s health continued the next morning, when he didn’t appear on the Monday’s episode of Live!.

Ryan‘s representatives were quick to release a statement, explaining that he was exhausted and did not have a medical emergency. “Ryan [Seacrest] did not have any kind of stroke last night,” his rep confirmed in a statement to People on Monday, May 18. “Like many people right now, Ryan is adjusting to the new normal and finding work-home balance, with the added stress of having to put on live shows from home.”

The statement continued: “Between Live with Kelly and Ryan, American Idol, On Air with Ryan Seacrest, and the Disney Family Singalong specials, he has been juggling three to four on-air jobs over the last few weeks and he’s in need of rest. So today he took a well-deserved day off.”