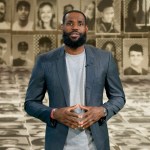 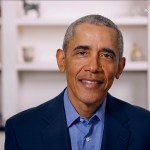 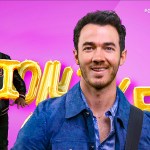 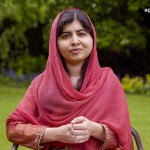 She’s an inspiration to all. Malala Yousafzai shared her wisdom with this years’ high school graduates in this motivational and uplifting speech.

Malala Yousafzai, 22, is the ultimate role model! The education advocate just spoke on the Graduate Together: America Honors the High School Class of 2020 special and her speech was one to remember. “To all the graduates of 2020 — like all of you, I’m also missing my graduation ceremony this year — and we are not alone,” she began, referencing her final semester at Oxford University. “Across the world, COVID-19 has forced one billion students out of school but for most of us, this is temporary and we will continue our education and follow our dreams,” she continued, going on to remind American students that millions of their peers — particularly young women — won’t have the same opportunities.

“But many girls, especially in developing countries, will never return to the classroom. Because of this crisis, they will be forced into early marriages or low paying jobs to support their families, and when schools re-open, their desks will be empty,” Malala sadly continued. “They are our peers. They have the same right to education as we do. So I ask you to remember them today as you out and change the world, don’t leave them behind,” she urged.

“The class of 2020 won’t be defined by what we lost to this virus, but how we responded to it,” she concluded, poignantly adding, “The world is yours now, and I can’t wait to see what you make of it.” Bravo!

Malala Yousafzai: "Many girls, especially in developing countries, may never return to the classroom… I ask you to remember them today. As you go out and change the world, don't leave them behind." #GraduateTogether pic.twitter.com/XFuRevyNK2

The I Am Malala author rose to public prominence after she and two other girls were horrifically shot by a Taliban gunman after publicly advocating for equal rights to education in Pakistan. Shortly after, she was dubbed the “most famous teenager in the world,” by German broadcaster DW and become an internationally known activist. She co-founded the Malala Fund in Birmingham, England, and went on to become to receive the 2014 Nobel Peace Prize at just 17-years-old. Her life story and advocacy work was documented in the film He Named Me Malala, as well as her book, I Am Malala. The honorary Canadian citizen went on to pursue her post-secondary education at Oxford University in England, studying Philosophy, Politics and, Economics. “So excited to go to Oxford!! Well done to all A-level students – the hardest year. Best wishes for life ahead!” she tweeted back in 2017.

Malala joined a list of A-Listers for the virtual high school graduation event amidst the COVID-19 pandemic, including former U.S. President Barack Obama, NBA star and co-presenter LeBron James, singer Kane Brown, Lena Waithe, Pharrell Williams and National Teacher of the Year Rodney Robinson. “I was inspired to teach by my mother’s transformation as she pursued her GED later in life after being denied an education as a child due to segregation. And I have continued teaching for nearly 20 years because I am inspired every day by my students and their commitment to learning,” Rodney, who teaches social studies and history at Virgie Binford Education Center in Richmond, Virginia, said in a release prior to the historic broadcast. “I’m honored to be part of such an incredible event that recognizes the accomplishments of our nation’s high school seniors as well as the educators, mentors, and loved ones who have helped them throughout their journeys to graduation,” he added.

The event — which is a collaborative effort between XQ, The LeBron James Family Foundation, The Entertainment Industry Foundation and its many broadcasters — was announced after the cancellation of graduation ceremonies across the country due to the Coronavirus outbreak. The one-hour special honored more than three million high school seniors coast-to-coast, and included a series of epic commencement speeches, performances and more.