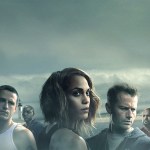 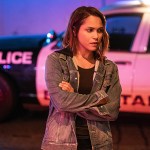 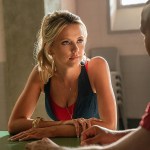 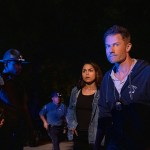 ‘Hightown’ makes its highly-anticipated debut on May 17. HL spoke with ‘Hightown’ creator Rebecca Cutter about casting Monica Raymund as Jackie, the ‘spark’ for the show, what to expect, and more.

Hightown is undoubtedly going to be your next TV obsession. The new STARZ series premieres May 17 and follows a hard-partying National Marine Fisheries officer named Jackie Quinones, who stumbles upon a body that washes ashore in Provincetown, Massachusetts. Jackie gets caught up in the murder mystery while trying to solve the case on her own. In the midst of this quest, Jackie is battling her own demons, including a drug and alcohol addiction. HollywoodLife talked with Hightown creator Rebecca Cutter about why Monica Raymund, best known for playing Gabby Dawson on Chicago Fire, was the perfect choice for Jackie.

“She just was Jackie. When we talked, though she had so many similarities and even where she wasn’t similar, she was able to tap into the things that she could relate to about the character,” Rebecca told HollywoodLife during the show’s virtual press junket. “She was hungry for it. She really wanted an opportunity to show that she could do something different than she had done before. She really was sort of relentless and confident about it in a way that is like Jackie. It’s fabulous. She was willing to come in and read for it. After the audition, we were walking off the lot. She said, ‘Look, you know, you can hire whoever you want, but I’m Jackie Quinones.’ I just think that’s so sexy, right? So she’s always been the girl.”

Rebecca started writing this show in 2015 as a “passion project.” She admitted that she “didn’t run it by anyone. I just wrote it on my own thinking this will never be on TV. This will just be my sample to get me my next job.” However, this passion project would soon become a TV reality. Rebecca revealed the inspiration for the series “comes from all different areas of my life. I grew up going to Cape Cod in the summers. I married a man from Cape Cod. My father in law’s a Fisheries Service agent. Addiction and recovery is part of my story, so all the elements were there, but I think the spark for the show was when I had sort of an ‘Ah!’ moment where I saw the character of Jackie Quinones in my head. I really knew like that could be it. That’s a TV show.”

Jackie’s journey for answers about the murder will impact her road to sobriety throughout the season. Rebecca noted that Jackie’s “obsession with drugs and alcohol switches to an obsession with finding answers.” These obsessions are “parallel journeys” and Jackie thinks that “solving this case is the same as staying sober, but when she doesn’t do the work, then she can’t stay sober. And then that messes up the case. Those two stories always give and take with each other.”

As Jackie tries to solve the murder, so is Detective Ray Abruzzo, played by James Badge Dale. Rebecca previewed what you can expect from Ray. “He is very interesting. I think both of them are very similar in that they both sort of use people and women, in particular, to get what they want,” Rebecca said. “But I think if you ask either of them, they would both say they’re doing the right thing. I think he certainly thinks that he’s being moral, even as we might question it, and I think he’s a real lightning rod.”

Jackie’s friend, Junior, also plays a primary role in the series. Junior, played by Shane Harper, is now sober and trying to get his life back on track. But it’s not that simple for Junior. “I have a special place in my heart for Junior,” Rebecca told HollywoodLife. “He is one of those characters who want everything. He wants to get his family back. He wants to do the right thing. He wants to be a good guy. He wants to be a good father. But he doesn’t really want to give up the lifestyle that he’s been accustomed to and he doesn’t really want to change his path. He’s trying to sort of lead a double life, like a good, straight dad guy, and then also a little bit of a crime character. I think his season is about watching the crack as it gets bigger and bigger between these two lives.” Hightown will air Sundays at 8 p.m. on STARZ.