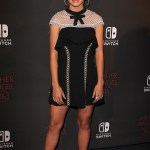 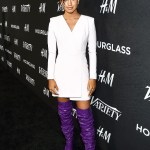 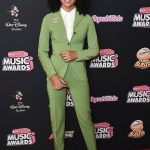 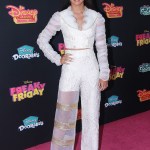 Sofia Wylie’s Ironheart has arrived on ‘Marvel’s Spider-Man: Maximum Venom.’ In this EXCLUSIVE preview of the all-new episode, Ironheart teams up with Spidey to protect Toddler Groot!

Ironheart and Spider-Man have to work together to keep Toddler Groot safe in this EXCLUSIVE preview of the May 17 episode of Marvel’s Spider-Man: Maximum Venom. High School Musical: The Musical: The Series star Sofia Wylie is bringing Ironheart/Riri Williams to the animated series for the first time. In the preview, Ironheart steps up to keep A.I.M. from getting a hold of toddler Groot. She goes to battle with A.I.M. soldiers while Peter Parker and Miles Morales head off to grab Toddler Groot.

Once they’re in a safe spot, Spidey tells Toddler Groot, “It’s too dangerous out here. Time for you to go play hide and seek.” Toddler Groot runs off just like Spidey told him to do. Isn’t Toddler Groot the cutest?! The answer: YES!

The actress first appeared as Ironheart/Riri Williams in the Marvel short-form series Marvel Rising. This is her first appearance in a full-length Marvel series. We can’t wait to see more of Ironheart teaming up with Peter, Miles, and more.

The synopsis for the May 17 episode reads: “When Toddler Groot lands on Earth to deliver an urgent warning, Spider-Man must decode the message and keep him out of the evil clutches of A.I.M. and Baron Mordo.” Marvel’s Spider-Man: Maximum Venom season 3 premiered in April 2020. The Disney XD series follows Peter Parker, who is learning to navigate life as the teenage superhero Spider-Man. Now going into his third year at Horizon High, Peter is confident he can handle anything that comes his way, but he’s pushed to his breaking point when Venom summons an earth-shattering threat from its home planet. The all-new episode will air May 17 at 9:00 p.m. ET/PT on Disney XD and DisneyNOW.