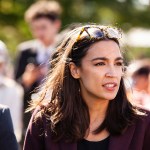 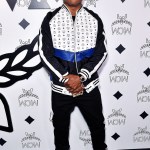 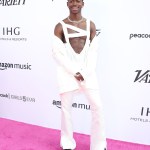 Broadway was a little less empty on May 11, thanks to Billy Joel. The 71-year-old legendary singer’s face lit up the iconic New York City street as his piano performance of “Miami 2017”  played on jumbotrons! The special performance was also aired on a livestream for the Rise Up New York! benefit telecast hosted by Tina Fey, which was a joint effort between iHeartMedia and Robin Hood (a New York-based non-profit organization) to raise much-needed funds to help New Yorkers amid the coronavirus outbreak.

Billy’s performance was saved for the finale, and for good reason. The somber lyrics of Billy’s classic song, released in 1976, still resonated with the situation New York is facing more than four decades later. “Seen the lights go out Broadway / I saw the Empire State laid low,” the first verse starts, reflecting how Manhattan’s streets have gone virtually silent amid the city’s stay-at-home orders. However, the Empire State building wasn’t “laid low” on Monday night — instead, it put on a magnificent light show that synced up with Billy’s powerful ballad.

Before Billy closed out the benefit show, many other major stars lent their voices to the important cause. Mariah Carey performed a mashup of “Make It Happen” and “Through The Rain,” Alicia Keys sang “Good Job,” and Lin-Manuel Miranda teamed up with Idina Menzel to lead a group performance of “New York, New York.” Singers weren’t the only celebrities to make cameos, though: Jennifer Lopez, Spike Lee, Robert De Niro, Karlie Kloss, Chris Rock, Jake Gyllenhaal, Jimmy Fallon, Julianne Moore and more all made appearances.

Even New York Governor Andrew Cuomo popped up on screen to share an uplifting message for his state. “I also want to applaud New Yorkers for standing tall and for all they’ve done to save lives. Without those efforts, the situation would’ve been much, much worse. We now know that this virus attacked New York coming from Europe and no one even knew that it was on its way. But we faced the attack, we thwarted the enemy and the virus is now under retreat. The number of hospitalizations is down, the infection rate is down, and all the arrows are pointed in the right direction,” Gov. Cuomo announced during the telecast.