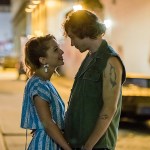 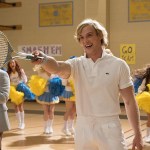 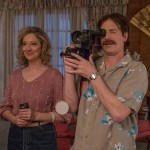 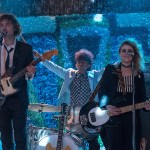 ‘Valley Girl’ is getting a musical spin. HL spoke with Josh Whitehouse about remaking the 1983 cult classic, his favorite musical numbers, Randy and Julie’s love story, and more.

The ’80s are making a comeback with the Valley Girl remake. This new version of Valley Girl is a delightful musical adaptation that features some of the best ’80s music from The Go-Go’s, Cyndi Lauper, and more. However, the heart of Valley Girl is still Randy and Julie’s love story. HollywoodLife talked EXCLUSIVELY with Josh Whitehouse, who plays Randy, about taking over the role Nicolas Cage made famous and how the 2020 film isn’t a direct carbon-copy of the original.

“I think especially the fact that it’s told through the memory of Julie talking to her daughter about what life was like in the ’80s it kind of it gives it permission I think to be remade because I’d be the first to say this is a classic movie [and] we shouldn’t be making it,” Josh told HollywoodLife. “When I watched the original, I was like… This is kind of great. Does it need remaking? But the more I read the script and just how different it was really kind of set it in a different tone for me, and it gave it a different energy. I love the fact that the remake is done in Julie’s memory. I think that would be how she’d remember it, looking back on everyone singing and dancing and all of that kind of stuff. I think that really sets it aside from the original. But I think we also all tried to pay as much respect as we could to the original. I mean, obviously, trying to fill Nicolas Cage’s boots and playing a character that he broke out in as well was intimidating to me when I first heard about it, but I couldn’t view it like that. I wanted to absorb some of his performance, but I also really wanted to make it my own thing and step into my own with it.”

Randy is a part of many musical numbers throughout the film. Josh is a musician and an actor, so being able to use all of his skills in Valley Girl was both “mind-blowing fun” and a “big challenge.” Josh revealed there are a few musical numbers that really stand out to him. “I think the first one that comes to mind is ‘Bad Reputation’ because that was the one where we’re really being introduced to the punks in their rawest format,” Josh said. “It’s such a high contrast to the Val Girl kind of world in the movie. Everything’s so bright and colorful and then all of a sudden you’re down in the ditch with the punks thrashing around and mashing and just being kind of raucous. I thought that kind of raw energy was really fun to play and sort of set the stamp on the different worlds because it’s so heightened. But then I also really loved doing ‘Take On Me.’ I love the arc as well in the music that kind of occurs throughout the film. In Randy’s eyes, he definitely softens up in the songs he’s playing. He becomes more romantic with what he’s choosing to sing about, and at the beginning of the movie, he just doesn’t care what anybody thinks. But by the end of it, he’s in love with this girl. So there were definitely elements to the songs that were really enjoyable but on ‘Take On Me’ we got to use this carousel. For me, I guess like everybody else with their songs, there was an awful lot of choreography, people dancing, tons of extras, and so much going on. For Randy being punk, he was generally just sort of jumping off something or sliding down a thing or causing trouble. It was really fun for me doing ‘Take On Me’ that we got to do a little more of the choreography and work with Mandy Moore and Scott in that sense as well.

Randy and Julie fall in love over the course of the movie, despite the odds stacked against them. Josh opened up about what he loves about the relationship, which is loosely inspired by Romeo & Juliet. “I love the fact that it’s two people from two very different sides of society, and their love unfolds for one another,” Josh admitted. “I think it’s something that a lot of people can always relate to. It happens all the time in life that people seem to think that boundaries are all that’s important and that you can’t be with somebody from the other side of the tracks. I think it’s an important message that you can explore that. I just think it’s really nice that they fall in love, that you’re going to get to see two people from two different sides really caring about making that work, whether their friends are against them or not. And also seeing the struggle on both sides of each character dealing with their friends and families and things.”

Randy and Julie don’t end up together, but as the older Julie tells her daughter at the end of the film: “First loves are everything.” We don’t get to see Randy in the present day, so Josh weighed in on where he thinks Randy would be today. “I guess Randy went on to be a rock star or a punk star. [He] carried on playing his music and followed his dream, which was something that they both came to terms with being the best thing to do,” Josh said. Valley Girl is available in select drive-ins and on Digital starting May 8.