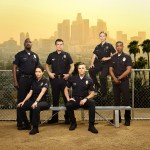 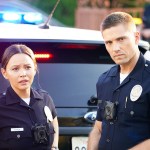 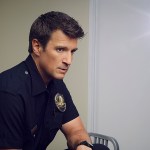 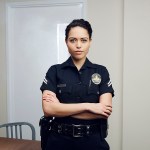 The second part of ‘The Rookie’s season 2 finale airs May 10. HL spoke EXCLUSIVELY with Eric Winter about this game-changing episode, Bradford and Rachel’s future, Chenford’s partnership, and more.

After a stellar and incredibly intense second season, The Rookie is ending season 2 with one heck of an episode. The second episode of the 2-part finale airs May 10 at 10 p.m. on ABC. In the first part of the finale, Nolan discovers that Armstrong is the other mole inside the police department. This is a huge blow to Nolan because Armstrong is his friend and he trusts him.

HollywoodLife talked EXCLUSIVELY with Eric Winter about what the rest of the season 2 finale holds for The Rookie characters. He teased that this season’s cliffhanger is on par with last season’s jaw-dropping end. Eric also discussed Bradford’s feelings for Rachel as she prepares to leave for New York. Does he think they could make it work long-term? As for Chenford, the rookie year is coming to an end, and Eric said that Bradford not being Lucy’s training officer anymore could “lead to more evolution in their personal relationship.”

We’re heading into the second part of the season 2 finale. What can you tease about this final episode?
Eric Winter: I think what is cool is that this next episode is going to be a direct takeoff of 219 in the sense that a lot of scenes are scenes that we shot twice but from Armstrong’s perspective. It’s kind of the first time we ever did anything like this on any show I’ve ever worked on. At times, we had both directors for 219 and 220 shooting scenes on the same day, for example, at the Rose Bowl. But in 220, the scene was being shot totally different from Armstrong’s POV, revealing more about what Armstrong is thinking and going through. How it really plays out in the cliffhanger is going to spin everybody. I don’t want to reveal what that cliffhanger is, but the way we end the season is big. I thought we did an awesome cliffhanger last season when my character has this virus, and this is right up there. What will happen to the character we leave it off on? People are going to go crazy over it because it’s a lot deeper than what people are seeing right now.

On another note, Bradford and Rachel have had this really nice relationship. She’s been good for him, but she is moving to New York. How is Bradford really feeling about that?
Eric Winter: It’s a lot of mixed emotions. I think, especially for Bradford, he’s been on such a journey with his mess of a love life. I think part of season 1 was people really understanding why Bradford is the way he is. We learned more about it in season 2 with his tough upbringing and military background, but the relationship with his ex-wife was brutal for him. He finally gets to a place where he’s getting excited again and feeling that love and care for someone who seemed to care for him, and now she’s going to go take her dream job. I think it’s rocking him a bit. It’s going to be a tough thing for him to process. He put his heart out there and put himself out there. Even though he’s telling her he’s going to be supportive and wants to be there for her, I think it’s going to be one of his biggest emotional challenges yet. Again, he stuck his neck out there for somebody and that person had to go do what was right for them. In his wife’s case, she went down a bad path. In this case, Rachel is going down a good path. It’s what’s best for her, and he’s got to accept the fact that it’s not necessarily what’s best for him. How does he cope with it? It’s tough. They teased a bit about whether or not he would go to New York. Would he be the John Nolan of the NYPD? I don’t know where that could actually go. But I do think that Bradford’s the guy that’s got blood running through him that’s completely LA. I don’t know if he could give up being an LAPD officer for a girl that he’s getting to know and falling for.

Do you think that they could make it work long-distance? Do you hope for that?
Eric Winter: I think there’s a shot at it. I know me, Eric, I think long-distance is brutal and tough. I’ve done it. I’ve been through it. I think it’s really challenging. Do I think they could maybe give it a go? I think they can give it a go. I don’t know what kind of legs it will have, but I guess if they really want to be with each other she will come back or he would have to go there.

Lucy’s rookie year is coming to an end. Do you think he’s ready for her to possibly not be partnered with him anymore?
Eric Winter: Yes, I think business-wise he’s ready for it. He understands it’s a growth process. But in the TV world, I don’t know. It’s so funny because, in real life, I’d be a training officer on P-3. I would train this rookie, they become a P-2, and they probably would go partner with another P-2. They would go start their career, and I would go train another rookie. In our world, we planted so many seeds that I’m trying to be a sergeant or I could always decide not to be a training officer and just go on patrol. I know fans love it when they see it, and I think we all love it too when we get to shake up our partnerships. There’s something so unique about our show and how these partnerships have all formed. You almost can’t imagine a permanent re-pairing with anybody. It’s weird. It’s TV world, but it’s weird. Me as a viewer, I’ve just grown to love how they all play off each other. I love being partnered with Nolan. I love being partnered with Jackson. Our dynamics are interesting. But I think Bradford is as ready as he could be. He knows that she’s got to grow and spread her wings. He’s got to let her be her. I think that, again, it could only lead to more evolution in their personal relationship, again, as friends or more. Letting her grow and be what she’s going to be and Bradford finding his own voice again if you’re going to continue to try and be a sergeant or whatever, I think that’s the best thing for them.