Tameka “Tiny” Harris is following the proper safety guidelines amid the COVID-19 pandemic, despite what critics on social media believe. The Xscape singer took to Instagram on May 6, to show footage from the Cinco de Mayo party she hosted at her Atlanta home the night before. The video (seen below) showed Tiny dancing outside with her guests to her daughter, Zonnique Pullins‘ new song, “FTCU.”

“No one is social distancing, Tiny. I’m surprised,” one fan commented under the video. Meanwhile, the clip, which was filmed by Tiny, only featured a clear view of her — not her guests. “Yes we are,” Tiny replied, explaining that there were “at least 8 people” at the party who she’s “around on a regular” basis. The fan then backed down and wished Tiny and friends well.

It’s unclear who exactly attended Tiny’s Cinco de Mayo get together on Tuesday night, May 5. “Last night I had a small Cinco De Mayo get together at the house & well I had [DJ Dre] play [Zonnique Pullins] new singles. As u can see everybody loved it!!” the Family Hustle star, 44, captioned the video post on her Instagram page. 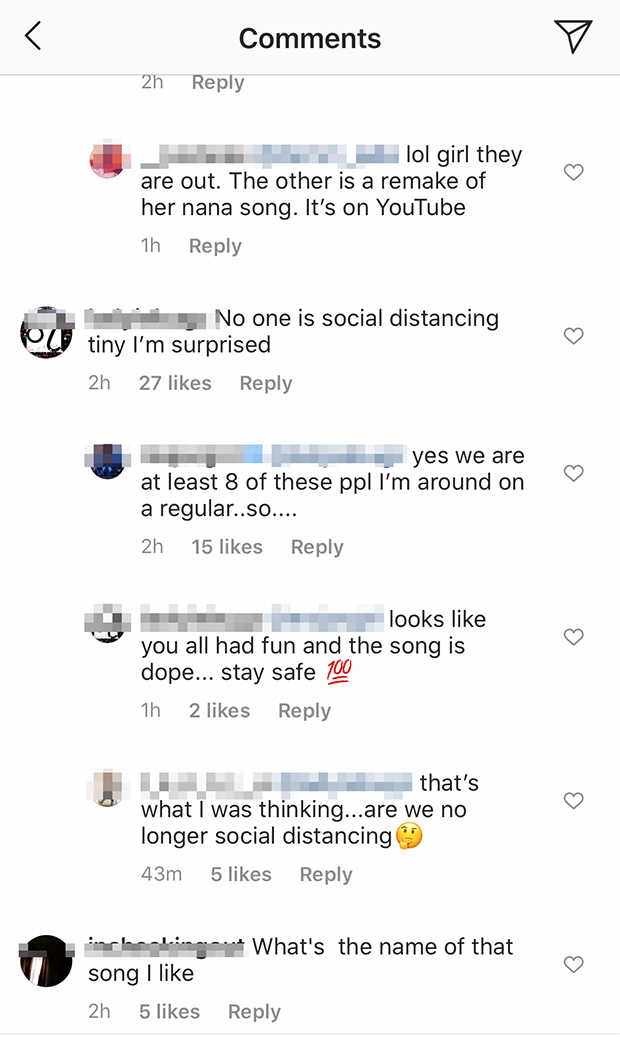 Last night I had a small CincoDeMayo get together at the house & well I had @mydjdre play @zonniquejailee new singles as u can see everybody loved it!! lilduval & the Dj was really feeling it!! We had to bring it bck & bck lol We 🔥 Pooh @zonniquejailee #FTCU #NewSummerAnthem #Winner #MakeSureYallStreamIt #WeClubReadyWitDisOne #WheneverWeGetInOne #WhenUWannaShakeIt #ButUGotACrazyHusband lol 🙏🏽👑💙🙌🏽🗣💯

Tiny is currently quarantining with her husband, T.I. and their kids at home in Atlanta. The state of Georgia has been under fire for its leniency concerning COVID-19 guidelines. Governor, Brian B. Kemp began to open some non-essential businesses on April 24, making Atlanta one of the first cities to re-open amid the global health crisis.

Atlanta Mayor Keisha Lance Bottoms, tweeted her disdain for residents who aren’t social-distancing on May 4. She cited a new Forbes magazine article, which stated that the risk of exposure to COVID-19 in the state of Georgia has increased by more than 40 percent since Gov. Kemp reopened the state for business.