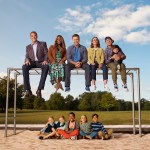 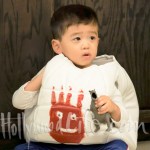 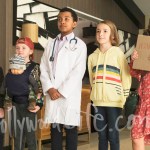 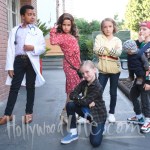 The Lance Bass Space Camp is ready to blast off! In this EXCLUSIVE preview of the May 6 episode of ‘Single Parents,’ Lance returns and he’s not taking it easy.

Graham and Sophie are headed to Lance Bass Space Camp, and that means Lance Bass is back! But he’s not the same Lance Bass as before. The *NSYNC member, playing himself, rounds the kids up to explain what’s about to go down in this EXCLUSIVE preview of the all-new episode of Single Parents. “Wow, Lance has really toughened up this year,” Will says to Angie.

“At the end of the summer, all of you will still be here because your parents paid,” Lance tells the kids. “But you will be different. You will be an astronaut with all-star vibrato.” He asks the kids to sing together, “Mommy, may I please go to the moon?” The kids try to sing in unison, but it just doesn’t work.

“That was all wrong, but we’ll find it,” Lance says to the kids. The kids get an A for effort. The performance? Not so much.

The Lance Bass Space Camp is actually a riff off Lance’s scrapped plans to join a Russian mission to the International Space Station in 2002. Lance was certified by both NASA and the Russian Space Program after months of cosmonaut training. Lance’s trip was canceled when his financial backers were unable to raise the needed funds. If Lance had gone to space at that time, he would have been the youngest person to travel into space at 23 years old.

The synopsis for the May 6 episode reads: “With Graham and Sophie away at Lance Bass Space Camp, Angie decides to spend the summer in Barstow with Derek, leaving Will plotting a way to stop her. Meanwhile, Rory and the twins attempt to make Poppy and Douglas jealous with the goal of getting them back together.” Single Parents airs Wednesdays at 8:30 p.m. on ABC.