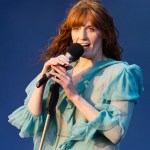 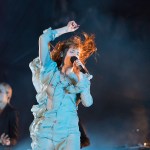 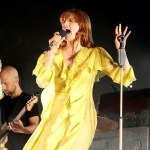 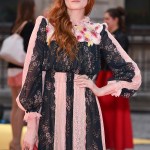 Florence + The Machine dedicated May 4 to performing from home for thousands of fans who tuned into Vogue’s ‘A Moment With The Met’ digital event.

Florence + The Machine dazzled during Vogue‘s “A Moment With The Met” on May 4. The group performed “You’ve Got The Love” at home during the digital fashion special, which also featured a DJ set by Off-White CEO and creative director behind Louis Vuitton‘s menswear, Virgil Abloh. See the entire performance in the video above!

Florence + The Machine, along with Virgil and those participating in the digital event, stayed true to this year’s Met Gala theme “About Time: Fashion and Duration.” The concept highlights ensembles originating from 1870 to 2020. Hamish Bowles and Annie Leibovitz previewed the theme in the May issue of Vogue.

The Met Gala, which is invitation only, is considered fashion’s most prominent night. The event was postponed in March, and a new date for the 2020 Met gala has yet to be finalized. Because of the global health crisis, the Costume Institute’s “About Time: Fashion and Duration” exhibition has been postponed until October 29.

“A Moment With The Met” is a way to honor what would’ve been the 47th annual Met Ball in New York City. — An event that has been dedicated to raising funds for the Costume Institute at the Metropolitan Museum of Art. The theme and co-chairs for this year’s Met Gala were announced in November 2019. In addition to Anna Wintour, actors Lin-Manuel Miranda, Emma Stone and Meryl Streep were named as this year’s co-chairs.

Vogue announced “A Moment With The Met” on May 1. To commemorate the occasion, Vogue announced that it will make a donation to both the Costume Institute and “A Common Thread.”

Leading up to the livestream, Vogue shared videos from previous Met Galas, as well as new videos featuring Cardi B, Naomi Campbell, Liv Tyler, Stella McCartney, and Liza Koshy. Vogue‘s “A Moment With The Met” is available for live stream on YouTube, beginning at 6 p.m. ET.