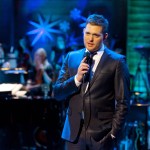 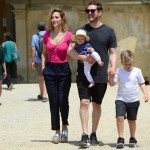 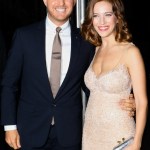 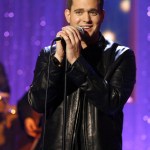 Michael Buble and wife Luisana Lopilato went on Instagram Live on Apr. 24 to engage in a Q&A session with their fans and their adorable son Noah, who beat cancer in 2017, happily joined them unexpectedly.

Michael Buble‘s six-year-old son Noah, who battled cancer in 2016, looked as excited as could be when he joined his mom and dad for an Instagram Live session on Apr. 24! The “Haven’t Met You Yet” singer, 44, and his wife Luisana Lopilato, 32, have been doing daily live videos from their home in Vancouver to interact with fans during quarantine and on Friday’s the tot, who was supposed to remain behind-the-scenes, decided to show his adorable smiling face to the camera while they answered questions.

“Today is Friday. On Friday night, Saturday and Sunday the kids sleep in our bed,” Michael told the viewers before Noah then got on-screen to say “hi” to everyone. After his unexpected but grand entrance, his proud father went on to ask him a question. “Noah, what’s your favorite thing about Friday, dude?” he asked. “I get candy,” Noah hilariously replied. “No, you don’t candy,” Michael corrected him before Noah changed his answer to, “Because I get to sleep in your bed.”

Michael went on to tease his mini-me. “That’s all he cares about. Him and his brother want to sleep in our bed, and his sister!” he said about him. “Tonight maybe be watch a movie, popcorn…” Noah then suggested it be Jurassic Park. “You know what he wants to be when he grows up? Not an actor, not a singer. He wants to swim with sharks,” Michael continued. “So this is our superhero. We have two other superheroes, but this boy… you know what? He is the biggest inspiration for us.”

Michael’s sweet words were in reference to Noah’s headline-making liver cancer diagnosis in 2016. He announced the heartbreaking news on his Facebook page shortly after the diagnosis.  “We are devastated about the recent cancer diagnosis of our oldest son Noah who is currently undergoing treatment in the US,” his statement read while also explaining he and Luisana, whose been married to him since 2011, were going to put their careers on hold “in order to devote all our time and attention to helping Noah get well.”

Thankfully, in 2017, Noah officially went into remission and continues to be cancer-free to this day. Michael and Luisana are also parents to four-year-old Elias and one-year-old Vida.