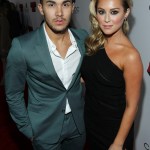 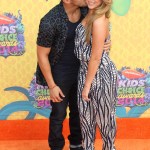 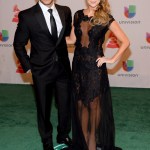 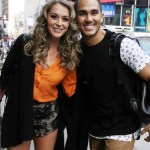 The ‘Spy Kids’ are all grown up – and on Instagram Live! Carmen and Juni Cortez – aka Alexa PenaVega and Daryl Sabara – reunited during quarantine to reminisce about their epic movie.

For those who grew up loving Spy Kids, April 20, 2020, will be a day to remember. On that day, Daryl Sabara, 27, reunited with his on-screen sibling, Alexa PenaVega, 31, via Instagram Live. The whole event was orchestrated by Daryl’s wife, Meghan Trainor (Yeah, Megan went ahead and married Juni from Spy Kids). The couple had just watched the 2001 original movie and were fielding questions for about 40 minutes, per Buzzfeed, when Alexa popped in for a surprise appearance. The exchange was captured by Buzzfeed’s Jen Abidor, who shared it on Twitter for those Spy Kids fans who missed out.

During the chat, Alexa (who played Carmen Cortez) revealed that she had snagged a costume as a memento from the first movie. That wasn’t all, as she turned her camera to showcase that she had kept one of the silver lunchboxes. She admitted that it was “a little beat up,” but joked that “one day, [my] kids will appreciate that.” Daryl, in a bit of on-screen sibling rivalry, decided to show up his “sister” by revealing that not only did he keep an outfit from one of the Spy Kids films, but he had it framed and hanging on the wall! “My amazing in-laws did this for me. It was gathering dust in storage,” he said, while Alexa marveled at how “fantastic” it was. “I used to fit in that!” said Daryl, when considering how small he once was.

Clearly, the Spy Kids experience is not one either Daryl or Alexa is soon to forget. In fact, when Alexa asked Meghan if she knew Daryl’s full name from the film, the “Super Bass” singer was stumped. Daryl, on the other hand, was not. “Juni Rocket Racer Rebel Cortez,” he said. He also remembered Alexa’s full name. “Carmen Elizabeth Juanita Echo Sky Bravo Cortez.”

There were four Spy Kids movies in total – 2001’s Spy Kids, 2002’s Spy Kids 2: Island of Lost Dreams, Spy Kids 3-D: Game Over in 2003, and Spy Kids 4-D: All The Time In The World, the 2011 soft-reboot of the franchise. Despite the plethora of Spy Kids material (there was even an animated reboot series in 2018, Spy Kids: Mission Critical), Alexa says her 3-year-old son Ocean prefers The Adventures of Shark Boy and Lava Girl. Which, as Alexa points out, is funny since “everyone thinks that we were in that movie.”

This Instagram Live session marked the first time that Meghan “met” Alexa. However, Alexa and Daryl reunited in 2013 for the premiere of Spy Kids director Robert Rodriguez’s Machete Kills. They were also on hand to honor Rodriguez at the 2013 NCLA ALMA Awards.