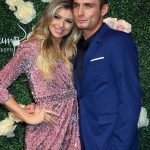 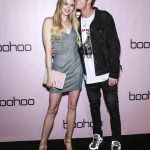 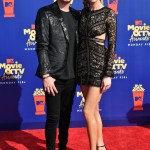 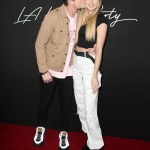 Raquel Leviss and James Kennedy could be the next ‘Vanderpump Rules’ stars to walk down the aisle together!

Perhaps Raquel Leviss, 25, and James Kennedy, 27, have felt inspired to want to take those all important next steps in their relationship given how many of their VPR costars have either said “I Do” or are planning to do so in the future. The bubbly reality star chatted with HollywoodLife EXCLUSIVELY about how things are going between them and how he’s brought up the idea of marriage with her a lot. “We’ve been talking about engagement for a long time,” she revealed. “He’s mentioned it to me several times and I told him I would tell him when I’m ready. I see it in the future.”

Raquel continued, “It’s not that I’m not ready. I would love to have my parents’ approval on it. We’ve been together for a long time. My parents have seen all the sides of James as well, so my parents are super supportive of our relationship now, it’s just making sure I have their approval before I make the next step.” Things look to be going swimmingly for the couple as of late amid them and millions of others being in self-quarantine. She posted a cute PDA-filled Instagram video of them driving around on Tuesday, April 7, where he gave her a big kiss on the arm much to her happiness.

Many VPR costars have gotten married over the past couple of years with the show’s cameras capturing every romantic and dramatic moment along the way. Others who have gotten hitched include Jax Taylor and Brittany Cartwright and Katie Maloney and Tom Schwartz. Stassi Schroeder and Beau Clark‘s nuptials, which was set to take place later this year, appears to be in a standstill due to the coronavirus pandemic that has become a worldwide issue.

I love when my chauffeur drives my car and gives me kisses ❤️ New #pumprules tonight at 9pm!