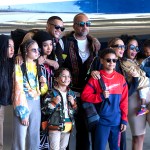 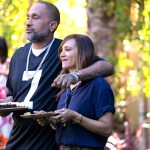 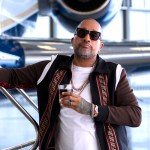 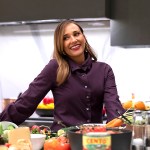 The new Netflix comedy series ‘#blackAF’ features two talented rising stars: Iman Benson and Genneya Walton. HL spoke EXCLUSIVELY with the actresses about their characters, what they learned from Kenya Barris, and more.

HollywoodLife talked EXCLUSIVELY with Genneya and Iman about stepping into Kenya’s world. They discussed their characters, Chloe and Drea, the two eldest daughters of Kenya and Joya. The actresses talked about the moment they first met Kenya and what they learned from their onscreen parents. Read our full Q&A below!

First and foremost, tell me about what stood out about these characters that made you want to audition for these roles?
Iman Benson: For me, I didn’t even get the script. I had just gotten the sides. It was basically just a conversation between Kenya and I. When I read it, I felt like I knew Drea immediately. I knew exactly who she was. Not only that, but I understood the dynamic between her and her father very well. I just knew I wanted to play her. It was as simple as that, and the writing was great as well.

Genneya Walton: I had a very similar experience. It was a scene between Kenny and me, and I really enjoyed how it was written. The dynamic was very relatable and I feel like I’ve had the same conversation with my own dad. It was just a very authentic feel, and I just felt like I had to be a part of it.

When you met Kenya for the first time, were you intimidated at all?
Iman Benson: I’m not going to lie, I was nervous. But he has a way of just making you feel calm. The first time I met him, I think I was auditioning with him and I didn’t realize that it was him playing himself.

Genneya Walton: Same with me. I expected that he was going to get an actor to play himself. In the room, he asked to do an impromptu chemistry read with me and actually read it with me instead of who’s in there that usually reads. I had no idea at the time that he was going to be playing himself. I’d love to see that tape. I’m going to have to ask casting but in the room. So I was just like, “Okay, he just wants to get more of a feel of my energy.” Later, I left the audition and read a report that said Kenya was going to play himself. I was like, “What did I just do?”

Tell me a little bit about who Drea and Chloe are within the family dynamics.
Genneya Walton: I play the eldest sibling Chloe Barris and she’s effortlessly popular. She is, at times, under appreciative and entitled, but I think her exterior can kind of be deceiving. She’s a lot more thoughtful than she can put on sometimes and honestly gives some of the greatest advice. She definitely thinks that she’s more mature than she is, though.

Iman Benson: As for Drea, she’s the second to oldest. Dare I say it, she’s like the third parent to not only the kids but sometimes her own parents. She’s outspoken and she’s driven. I think that she just wants to get the most out of everybody and everybody just be the best version of themselves.

Who are Drea and Chloe closest to, their mom or their dad?
Iman Benson: I would say Drea is closest to her dad. I feel that they relate so much on things. They’re both cinephiles, so they both have this immense appreciation for film. I think that’s one thing that really binds them together. They share a lot of the same viewpoints. They share a lot of different viewpoints, too. But I think that’s the beautiful thing about their relationship.

Genneya Walton: I find my character often giving advice to Joya, but I think it really depends on the situation. I think with parents in general there are different situations that you go and talk to your parents about. It just depends on what it’s about. I think she’s probably closer to Joya.

Working with Kenya, was there a lot of improv going on? Or did you stick to the script?
Iman Benson: Not only was there a lot of room for improvisation, but there was a huge sense of collaboration with the writers and the actors. They really looked to us for our input and our opinions on things. It was very important to them the collaborative experience between the actors and the writers. You never felt like you were a slave to the words.

Genneya Walton: I think what was really cool and what made me so excited, even before we started filming, was the fact that they all made it a huge point that we could be completely free with ourselves and these characters wherever we felt like we could. It was a very free and open opportunity to be artists. They didn’t put us in a box whatsoever. It was definitely a challenge in that way. When someone would start going off script, you’d just have to go with it. It was a huge challenge that I hadn’t gotten to experience before this project. It was a huge learning experience.

Kenya and Rashida have been in this business a really long time. What’s something you learned from them?
Genneya Walton: I can truly with full confidence say that they’re amazing people. They’re exactly what you’d expect from them. Just seeing them work behind the scenes, you can understand why they’re in the position that they’re in. To be able to work with them every day on set was a huge learning experience

Iman Benson: I think one of the coolest things that I got to observe them do was if there was an episode that Kenya wrote, directed, and acted in, it was just really cool to see him put on different hats. It was surreal to see not only Kenya do that but Rashida.

Why do you think this show is so important to have on TV right now?
Iman Benson: I think it’s important because in the black community there needs to be more representation. That’s another beautiful thing about Netflix. They give that freedom to be able to tell stories unfiltered and have these conversations. I think it’s important to just be able to show a black family that’s honest and bold and different. Because there’s nothing like it.

Genneya Walton: I think something that’s really cool and unique about it is it’s coming from a teenager’s point of view that we don’t really get to see often. I think it puts all these topics and the view of our family dynamics in a different light that you don’t really get to see so often. With being on a platform such as Netflix, we really were able to explore these topics in a much deeper way than a lot of TV shows have ever been able to.

What can you say about Chloe and Drea’s journeys in the first season?
Genneya Walton: She represents the typical 19 to 20-year-old of this current time, so she’s very relatable in that sense. We’ll see her journey in college. She comes across some issues and has some important choices to be made that a lot of people around our age are having to deal with. You’ll see we’re having to go through that and just dealing with the insane family dynamics that we have.

Iman Walton: I think for Drea you see her go on this journey of being this aspiring filmmaker and director of this docuseries. You see her explore being a parent and trying to be a younger sister and trying to find her place. Whether it’s how she feels about having a boyfriend and stuff like that, you just see her grow as the series goes on.