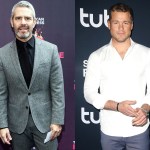 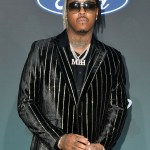 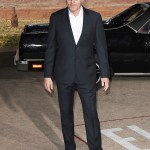 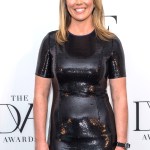 Despite contracting the deadly coronavirus, which has claimed the lives of thousands worldwide, these celebs fought the COVID-19 sickness and survived.

UPDATE (4/6/20 AT 12:00 P.M. ET): J.K. Rowling revealed that she is fully recovered after experiencing symptoms of coronavirus. She was never tested, but explained that she was experiencing respiratory symptoms and shared the link to a documentary that she watched to help relieve those symptoms. She added that her symptoms lasted for about ‘two weeks.’

UPDATE (4/3/20 AT 9:53 P.M. ET): Pink, 40, has confirmed that she and her 3-year-old son Jameson tested positive for COVID-19 — but have since recovered. “This illness is serious and real. People need to know that the illness affects the young and old, healthy and unhealthy, rich and poor, and we must make testing free and more widely accessible to protect our children, our families, our friends and our communities,” she wrote in her lengthy caption.

UPDATE (4/3/20 AT 7:20 A.M. ET): Sara Bareilles revealed that she had been diagnosed with coronavirus, but was fully recovered, on April 2. The singer had not previously revealed her diagnosis before this. “I had it, just so you know,” she said on her Instagram Story. “I’m fully recovered, just so you know. I am just thinking about all the people walking through this really tricky time and sending a lot of love and just being really grateful for every easy breath and every day I get to be walking around.”

When the coronavirus outbreak hit Hollywood, nobody expected the first major celebrity to contract the illness to be national treasure, Tom Hanks. Tom, 63, confirmed on March 11 that he and his wife, Rita Wilson, 63, had come down with COVID-19 while he was filming an Elvis Presley biopic on the Gold Coast, Australia. Tom gave an update a day later, saying that he and his wife were “in isolation, so we do not spread it to anyone else.” On March 17 — a week after the couple tested positive for the new coronavirus — Tom took to Twitter and announced, “Hey folks. Good News: One week after testing Positive, in self-isolation, the symptoms are much the same. No fever but the blahs. Folding the laundry and doing the dishes lead to a nap on the couch,” he wrote. “Bad news: My wife has won 6 straight hands of Gin Rummy … We are all in this together. Flatten the curve. Hanx.” The couple then returned to Los Angeles once it was safe for them to travel.

Tom and Rita are’t the only celebs to recover from the deadly virus. Former star of The Bachelor Colton Underwood also came forward as one of the biggest stars to test positive for the new coronavirus — however he has since recovered. On March 20, Colton revealed that he was self-isolating in Huntington Beach, CA at the home of Cassie Randolph’s parents. He made the announcement in an Instagram video filmed at his girlfriend’s parents’ house, saying, “I want to let you guys know: I’m 28, I consider myself pretty healthy, I work out regularly, I eat healthy, and I became symptomatic a few days ago, got my test results back today, and they are positive,” Colton said in the video. COVID-19 has already taken a toll on Colton; he added, “It’s been kicking my ass, just to put it pretty bluntly. The main thing is I can’t even walk up a flight of stairs without being out of breath or go to the bathroom without having to sit down because I’m exhausted.”

Right after Colton revealed his positive coronavirus test, Andy Cohen sadly had the same news to share. The 51-year-old host of Watch What Happens Live with Andy Cohen! — which was put on pause — revealed in an Instagram post that “after a few days of self-quarantine” and “not feeling great,” he tested positive for COVID-19. He has since made a full recovery and reunited with his family. In other good news, both Idris Elba and his wife Sabrina Dhowre have recovered after they were both diagnosed with coronavirus. “I don’t feel anything that would come to what people would now expect to be a symptom of coronavirus, which is really strange,” Sabrina said to Oprah Winfrey over a FaceTime conversation in March. “It might change in the coming weeks, and we’ll keep everyone updated. But it is worrisome that we’re sitting here, two people, and … we’re asymptomatic.”

The coronavirus also hit one of the world’s most recognizable families: the British royals. Clarence House confirmed that Prince Charles, 71, who is the father of Prince Harry and Prince William, tested positive for coronavirus. “He has been displaying mild symptoms, but otherwise remains in good health and has been working form home throughout the last few days as usual,” the statement read. However, following seven days of self-isolation at his home, Burnham, on the Balmoral Estate in Scotland, Prince Charles was no longer in self-isolation. “Having consulted with his doctor, the Prince of Wales is now out of self-isolation,” a spokesman for the royal said.