Ariel Winter had a casual Sunday in Los Angeles. The Modern Family actress, 22, ran a few errands in her UGG ankle boots amid the city’s “stay at home” order due to the currently COVID-10 pandemic. Ariel, who was not pictured wearing gloves or a mask unlike many other celebs, stepped out in protective gear for a grocery run, just a few days prior.

The actress sported a loose fitting grey t-shirt and showed off her legs in a pair of polka dot shorts. Ariel wore her red hair back in a top knot, which showed off her makeup free complexion. She appeared to have light-colored long nails during the outing.

Ariel debuted her new red hair at the end of February after Modern Family wrapped up filming on its 11th and final season. The actress, who has played Alex Dunphy on the hit ABC sitcom since it premiered in 2009, said goodbye to her character’s jet black hair after nearly a decade. Ariel welcomed a bright strawberry blonde shade. 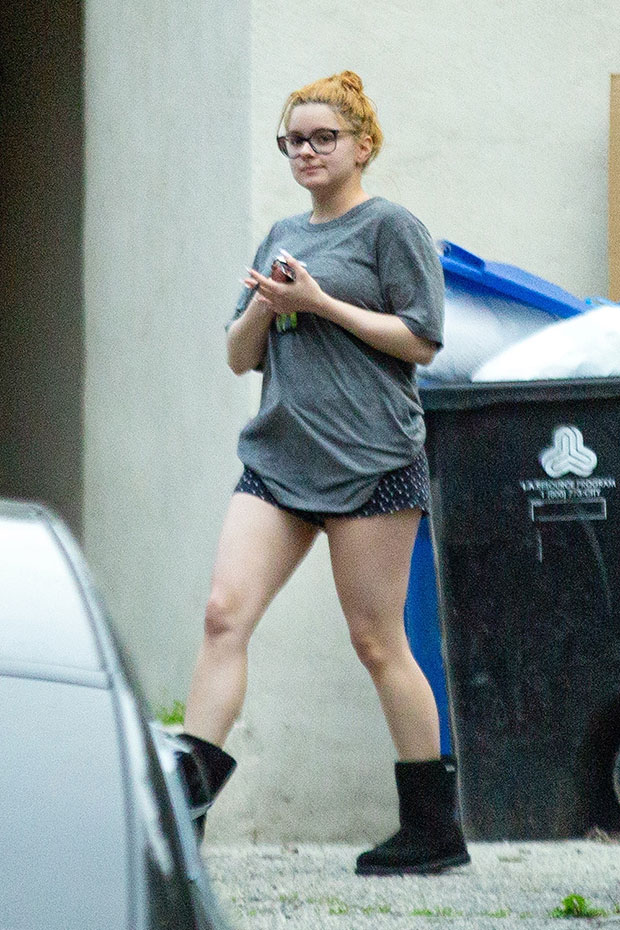 “I’m a strawberry and a shortcake sooooo new nickname?🍓🍰🥰🤓,” Ariel captioned a photo and video modeling her new do’ on February 26. The actress credited celeb hair colorist, Tabitha Dueñas at LA’s Nine Zero One salon for her new look.

Ariel has since shared a few pre-quarantine snaps of her strawberry blonde locks in different styles. From makeup free selfies to full on glam shots, she’s showed off curly waves, half-up ponytails and straight hair. Ariel’s even rocked long and short strawberry locks.