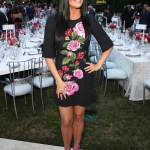 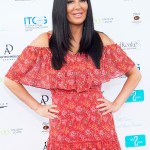 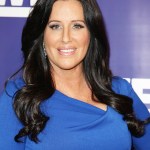 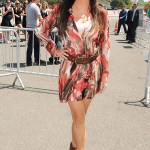 Patti Stanger, star of the iconic Bravo series ‘Millionaire Matchmaker’, dishes on her best dating advice while millions of people are social distancing!

If there is one person to turn to for all things love-related while quarantined it is none other than legendary matchmaker Patti Stanger! The 58-year-old chatted with HollywoodLife EXCLUSIVELY about the do’s and don’ts of dating and co-habitating during self-isolation. One thing she definitely recommends is for couples who are living in close quarters to meet each other halfway. “I think both people in a relationship have to take care of the domestic side, like if you normally always cooked and you normally always took the garbage out or make the beds, you can’t put it all on one person and the other person gets to sit on the couch and eat crackers,” she said. “You have to chip in.”

Something Patti isn’t too sure of during this troubling time is the idea of being intimate with your partner or another person. “I don’t know if it’s wise to kiss,” she confessed. “I don’t know if it’s wise to have sex. I want to see if the baby boom increases, like it did with the baby boomers in the war, but I’m not sure that’s a wise decision. I would defer that question to your gynecologist or your primary health care carrier.”

She does however, advise that people keep things digital in the romance department right now. “Do I recommend dating? I recommend FaceTiming or using Skype or Zoom. Whatever you’ve got to use for getting to know that person. So by the time you get out of quarantine jail, you might have a relationship that’s quite deeper than if you were dating in the real life and you had sex with him on the second or third date.”

An item that the longtime Bravo personality recommends regardless of dating is for you to stick with your therapy sessions amid the growing coronavirus pandemic. “If you’re a person who lives by therapy once a week, I wouldn’t give it up. I would also start heading over to Headspace absolutely. I have a website called attractingasoulmate.com, which has tons of meditation and tons of hypnotherapy with Dr. Steve Jones, a good friend of mine.”

If you want to keep up with Patti even more, make sure you tune in to the Hallmark Channel on April 25th at 9pm EST for her Matchmaker miniseries starring Danica McKellar and Victor Webster, a project that she can totally relate to both on and off screen as she shifts from reality TV, a place she’s still thankful for. “She [Danica] kind of plays mini me, which is basically she’s a matchmaker that also has a talk show that basically solves crimes with Victor, who’s the cop,” Patti said. “I’m getting such nice things from people or they’re saying to me they’re watching Matchmaker marathons on Bravo and on Hulu, and my Twitter’s been blowing up and I thought you guys would be bored of that, but no. It’s like Friends. They can’t get enough of it, and internationally. That was really the nicest thing that I’ve ever heard.”