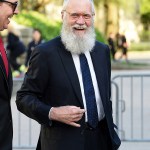 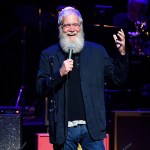 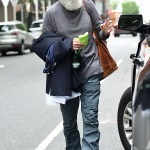 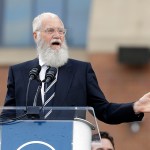 “Why is David Letterman doing sign language at this GA press conference?” asked the Twitter user @Hobo_Splendido, sharing a video of Georgia Governor Brian Kemp’s Apr. 1 press conference. As Gov. Kemp announced he was issuing a statewide shelter-in-place to aid the fight against the COVID-19 coronavirus, his ASL interpreter translated everything he said for the hearing impaired. However, some people had to check their vision, because with his long, white beard, the interpreter bore a striking resemblance to the 72-year-old former host of The Late Show. “I know I should be upset by this (I am), but at the moment, I’m just proud of how well David Letterman has transitioned into his second career.”

While many had a chuckle over the David Doppelganger, not everyone was laughing at what Gov. Brian Kemp had to say. The Republican politician said he was issuing a shelter-in-place order because he had just learned that asymptomatic people could transmit COVID-19, information that seemingly the rest of the world knew for months. “Finding out that this virus is now transmitting before people see signs, so what we’ve been telling people from directives from the CDC for weeks now that if you start feeling bad, stay home,” he said, per Newsweek. “Those individuals could’ve been infecting people before they ever felt bad. But we didn’t know that until the last 24 hours. And as Dr. Toomey told me, this is a game-changer for us.”

Why is David Letterman doing sign language at this GA press conference? pic.twitter.com/XrxAHJe7ne

Could David Letterman please shoot his Tiktok dance somewhere else? We're busy listening to Georgia's governor say he just found out people "could have been infecting people before they ever felt bad" #smhhttps://t.co/cK63dJ3YAf

Sees David Letterman trending and is relieved and grateful to the universe that he's ok. #DavidLetterman pic.twitter.com/VcHPhZZ60V

“In a bizarre turn of events, information the rest of the nation had in January didn’t reach Georgia Governor Brian Kemp until April,” tweeted Shannon Watts, the founder for Moms Demand Action. Another Twitter user summed it up: “A stunning admission of deadly ignorance from Georgia Gov. Brian Kemp, who says he only just learned that asymptomatic people can transmit #Covid19. “[I]ndividuals could have been infecting people before they ever felt bad, but we didn’t know that until the last 24 hours.'” Gov. Kemp will need more than a Letterman Lookalike to quell the outrage over this seemingly irresponsible response.