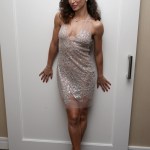 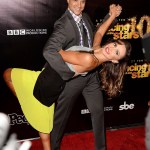 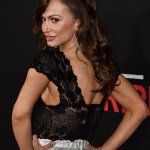 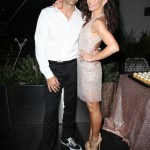 Karina Smirnoff is ‘head over heels in love’ with her newborn baby boy, according to a new report! The ‘DWTS’ winner reportedly gave birth just over three months after announcing her pregnancy.

This calls for a celebratory dance! Dancing with the Stars champ Karina Smirnoff, 42, reportedly welcomed her first child — a baby boy — this week, PEOPLE reported. “Karina and baby are healthy and well,” the insider told the outlet on April 1. “She’s already head over heels in love. She’s excited for the next journey.” HollywoodLife has reached out to Karina’s rep for comment.

Karina hasn’t confirmed the news through a rep or on social media just yet, but regardless, this is exciting to hear! The Season 13 winner of DWTS revealed her pregnancy not too long ago in Dec. 2019, breaking the news with a photo of herself flashing a positive pregnancy test. “Thanks @FirstReponsePregnancy for confirming that I will have a little one to train on the dance floor. #BabySmirnoff coming in 2020!,” Karina captioned the Instagram post.

Karina has kept the father of her baby a secret (to the public, at least). The dancing veteran has kept her pregnancy journey relatively private, though, abstaining from regular updates about her bun in the oven on her Twitter and Instagram pages. She was seen sporting a large baby bump, however, at her dance studio in Woodland Hills with Kris Jenner and the Keeping Up with the Kardashians star’s boyfriend, Corey Gamble, on March 9!

Thanks @FirstResponsePregnancy for confirming that I will have a little one to train on the dance floor! #BabySmirnoff coming in 2020! And since it's the holiday season, it's the perfect time to give back! I’m happily going to donate $5K to @ResolveOrg to support all couples and families on their pregnancy journeys. Everyone have a great holiday! #Ad #BabyBabyBaby #2MeansYes #FirstResponse #6DaysSooner #FirstAndOnlyResponse #happyholidays

As a pro on DWTS, Karina partnered with a number of famous faces: Mario Lopez, Billy Ray Cyrus, Aaron Carter, Mike Sorrentino and Corbin Bleu, just to name a few! After joining the ABC competition show in Season 3 in 2006, she finally nabbed the Mirrorball Trophy with J.R. Martinez in Season 13. Karina left she show before Season 20 in 2015. Now, Karina has entered yet another era: motherhood!