Jaden Smith stepped out for his version of exercise amid California’s stay-at-home order due to the COVID-19 pandemic. The actor, 21, was photographed with a smiling mystery blonde on Friday, before the pair hit the beach in Malibu. It’s unclear who the woman is and the two are an item. But, this is how most romance rumors begin!

Jaden, who donned a black wetsuit, was ready was ready for a day of catching waves. He was pictured fetching his white surfboard out of the trunk of a pink car. The son of Jada-Pinkett and Will Smith sported longer brown locks during the surf outing — different look than his former pink short do’.

Meanwhile, the mystery blonde — who he didn’t seem to practice social distancing with — wore baggy denim pants and a black coat. She wore a mini green backpack and appeared to have a dark colored towel in her left hand. Her blonde hair was pulled back in the new photos. Not much is known about her, but she does have an adorably left dimple when she smiles. 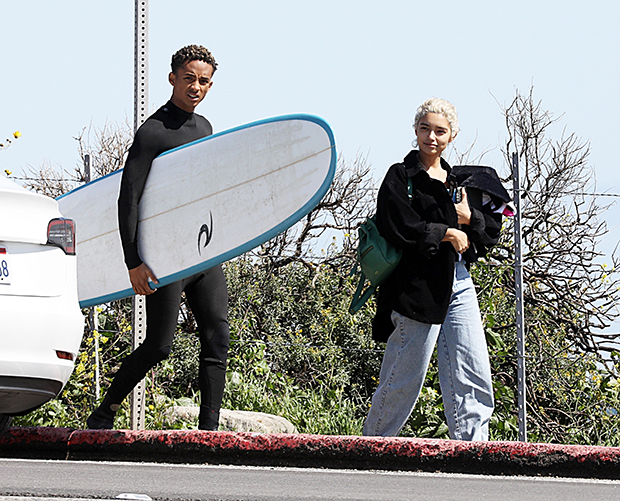 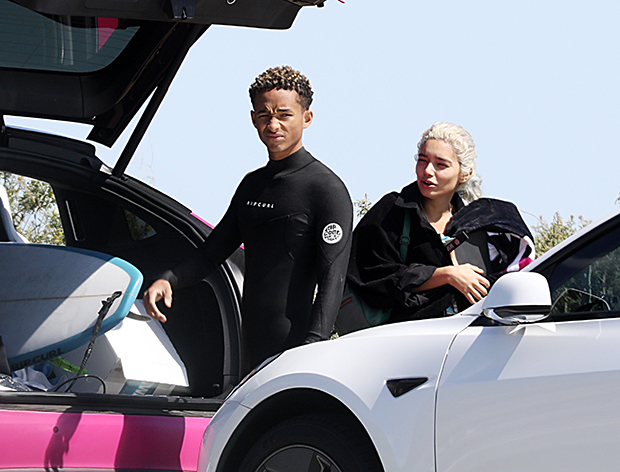 Jaden is believed to be single — or at least he was before these new photos released. His last relationship with Sarah Snyder from August 2015 until early 2017. He was also romantically linked to Odessa Adlon in soon after his split from Sarah. They showed PDA at Coachella in 2017, and later walked the red carpet together at the premiere of FX’s Better Things in West Hollywood in September.