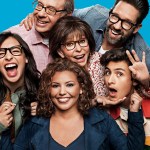 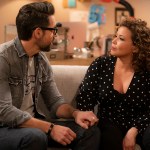 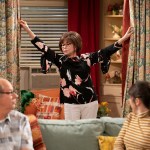 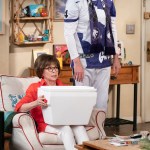 ‘One Day At A Time’ is back! The fourth season premieres March 24, this time on Pop TV. HL spoke EXCLUSIVELY with Justina Machado about the show being saved, the season 4 changes, and Penelope’s arc.

One Day At A Time is getting a second chance on Pop TV. The beloved sitcom was canceled by Netflix after season 3, but Pop TV came to the rescue and greenlit the show for a fourth season. For Justina Machado, who plays Penelope Alvarez, it feels “fantastic” to be coming back for season 4. “It’s very exciting,” Justina told HollywoodLife EXCLUSIVELY during a visit to the set of One Day At A Time at Sony Pictures Studios. “We’re all so grateful and we can’t wait to be on the air. I’m really excited about it being weekly as opposed to streaming. I’ve always thought it was more of a weekly show.”

Justina couldn’t say much about what’s ahead for Penelope in season 4, but she could tease: “I can say that she’s got love. She’s got a big love in her life right now.” She added that the storyline is “very exciting.” Justina also revealed that she’s going to be directing an episode this season!

Going from Netflix to network TV will mean changes for One Day At A Time, but Justina stresses that the show is the same at its core. “There is a big noticeable change, which is we have less time,” Justina said. “We only have 20 minutes now, as opposed to the 30 minutes we had before. We have commercials and we have cold opens and we have tags. We’ve kind of never had that before. But other than that, it’s the same show.”

When the cancellation was announced, fans rallied for a network or streaming service to save the show. The One Day At A Time fanbase is truly unlike any other. “It’s incredible,” Justina said. “We have a great fan base… It was amazing what they did and we’re so grateful.” One Day At A Time season 4 premieres March 24 at 9:30 p.m. on Pop TV. It will move to 9 p.m. on April 14.