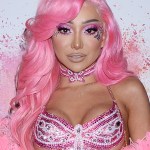 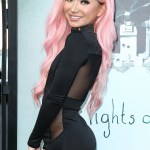 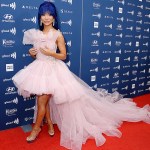 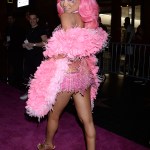 Nikita Dragun EXCLUSIVELY told HollywoodLife what to expect in her no-holds-barred Snapchat docuseries that premieres on March 21!

On West Hollywood’s Sunset Boulevard stands a neon purple billboard displaying a glamorous picture of Nikita Dragun. It reads, “Ceo. Trans Icon. Single As F@#K.” Those three titles sum up the 24-year-old YouTuber and Dragun Beauty CEO’s 10-episode Snapchat docuseries, Nikita Unfiltered, which the star herself revealed even more details about in an EXCLUSIVE interview with HollywoodLife! “Well, it’s my reality, so it’s going to be maybe not-so-funny things sometimes, and some serious topic[s] that I’m a little bit more uncomfortable talking about,” Nikita told us on March 20, a day ahead of the show’s premiere. From “important” aspects of her life like her family, surgeries and hormone shots to even “getting stood up on a date with a guy,” the show isn’t a carefully curated look at the beauty queen’s life. Rather, Nikita told us she’s showing “the good, the bad, the ugly.” AKA, it’ll be “everything,” and not just the “cool, fun stuff” that Nikita decides to show to her 2.65 million YouTube subscribers and 5.9 million Instagram followers.

The “big story” of this season will be Nikita’s search for love. “You see me experiencing stuff that I feel like every day people go through in terms of dating. Every girl goes through their high school love or their college love or whatever it might be, but I’ve never experienced that before,” Nikita told HollywoodLife. That’s all changed. Now, Nikita has been thrust into a “crazy chaotic dating moment” as she juggles running her own cosmetics brand and fame.

Nikita also addresses dating as a transgender woman. In the trailer, Nikita wonders if this makes finding a significant other “harder,” and she admitted in our interview that transitioning in the public eye has also shaped her experience with romance. “It definitely made it harder cause I feel like with one click of a button everyone can find out everything about me,” Nikita said.  However, she proudly embraces who she is: “I also feel like it was beneficial maybe in a lot of ways, ’cause it’s like, ‘This is me.’ I’m not going to change myself for anyone and I’m not going to lie for anyone…You take it or leave it and I think every woman should be pretty strong in that ideal.”

super bowl commercial brought to u by the pussystunt association of america 💚 my body on point they be like who’s ur surgeon?? THANK U for all the bday love i love u guys so much. idk this bday felt weird… kind like wtf am i doing with my life vibes… but also wow i’m really living out my dreams vibes… thank u god for all the blessings! made it another year around the sun… feels kinda weird but it’s probably the tequila that’s still flowing thru my body 🤪🎂🍾🎉 song cover girl by @bia …not released yet but maybe if y’all ask her nicely she’ll put it out bc it SLAPS

Platonic relationships will also take center stage! Nikita said she’s “really excited” about the cameos “a bunch” of her friends will be making throughout the season — including one from fellow makeup YouTuber and business owner, James Charles! She even thinks that they “probably” filmed one of her “best episodes” together.

Despite her many successes, Nikita said it “was important” to “show some failures that have happened along the way.” For instance, viewers will see “a business moment that did not work out” the way Nikita wanted to. She also teased a couple of “very dramatic” moments in the season. “I think there was this one particular moment where I had to share this new business adventure or the new real passion that I have that, like I said, no one has seen before,” Nikita told us. “It’s beyond makeup. It’s beyond modeling or acting or anything that anyone has seen. It’s my true passion and I was so fearful to share that with everyone and had a really ugly cry breakdown moment. I don’t know why.”

not bad for a girl with no talent 🔥

Upon reflection, Nikita offered this reason: “I think when I’m in Nikita mode, I’m a little bit more humble. But when I’m in my Dragun mode with the full wig and everything” — please refer to her show-stopping look at Madison Beer’s birthday party — “I’m untouchable. So for me to have those more vulnerable moments, I’m like, ‘Ugh, I have to get it out,’ you know?” You can watch Nikita break through her comfort zone today, because the first episode premieres on Snapchat on Saturday, March 21! Add it to your quarantine watch-list. Nikita, meanwhile, said she’ll also be “socially distancing” herself “from these b–ches” and practicing self-care, in true Dragun style.