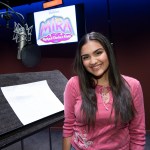 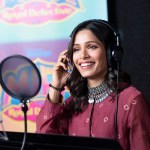 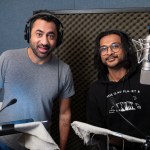 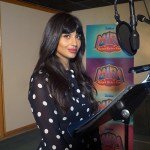 “This show is about Mira. She is the detective of the kingdom,” Utkarsh Ambudkar says in our EXCLUSIVE video. “Anytime there’s a problem in the kingdom, she’s on the case. And she doesn’t do it alone.” That’s right, she’s got Mikku and Chikku to help her out, her hilarious mongoose sidekicks.

Each episode of Mira, Royal Detective will feature two 11-minute music and dance-filled stories that showcase Mira utilizing critical thinking and deductive reasoning to help her family, friends, and extended community. This series is perfect for preschoolers!

The Disney Junior series, inspired by the cultures and customs of India, is set in the fictional land of Jalpur, the series follows the brave and resourceful Mira, a commoner who is appointed to the role of royal detective by the Queen. Along with her friend Prince Neel, a talented inventor, creative cousin Priya, and comical mongoose sidekicks Mikku and Chikku, Mira will stop at nothing to solve a case.

Mira, Royal Detective also features the voices of Leela Ladnier as Mira, Freida Pinto as Queen Shanti, Hannah Simone as Pinky, and Jameela Jamil as Auntie Pushpa. The show will be premiering in both the U.S. and India.