Naomi Watts and Liev Schreiber managed to get their steps in despite the COVID-19 global health crisis. The exes were photographed together, along with their sons Sasha, 11, and Kai, 10, in LA on Wednesday afternoon. Everyone was dressed in workout gear and sneakers for the family hike.

The Insurgent actress, 51, donned a black baseball cap and glasses, as she carried a water bottle. The actor, 52, who was pictured walking behind his ex-wife, also donned a pair of sunglasses. They also brought along their Yorkshire Terrier, Bob to enjoy the sunny Los Angeles day.

Naomi has been documenting her time in quarantine amid the ongoing coronavirus pandemic. She shared an IGTV video on Tuesday, that showed her making “quarantine soup.” In the 2-minute video, Naomi admitted that she didn’t have an onion, but didn’t want to leave her home to go to the supermarket. So, she called on a neighbor, who had an extra onion. 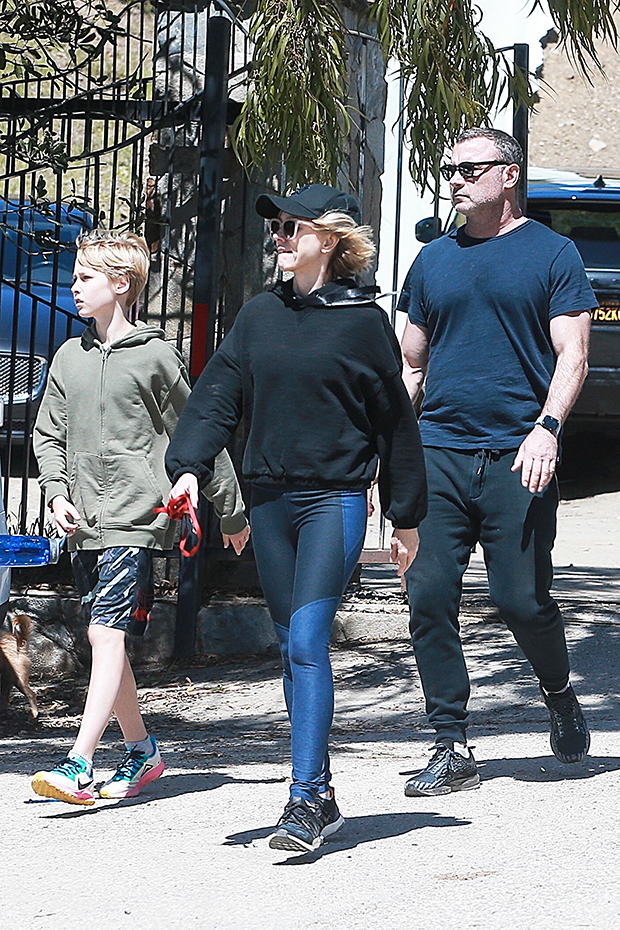 Naomi shared some clips of her making her soup, which looked similar to a chicken noodle style recipe. The finished product, which she tried on-camera, looked delicious. Actress Selma Blair commented under Naomi’s video, and left some friendly tips for a separate pasta and bean soup recipe.

The mom of two has also been doing yoga and other self-care methods to stay busy and active while at home. She shared a photo of her doing a yoga pose, and called on fans for ideas for “home-rituals” during quarantine.

Related: Sundance 2020: Look Back At The Best Dressed Stars Of the 2019 Festival

“Tell me how it’s going for you. What are you doing to keep your anxiety at bay? Let me know good ideas, games and easy recipes… and anything to keep the kids from fighting… !!” Naomi wrote in part of her caption.

Naomi and Liev, who began dating in 2005, were together for 11 years before they called it quits in 2016. The pair released a joint statement in September of that year, and asked for privacy while they explored the next phase of their relationship. They’ve been successfully co-parenting together ever since.

“We’re doing things very differently. I’m pretty proud of us, corny as that may sound,” Naomi said of her post-split relationship with Liev in an August 2019 interview with Net-a-Porter. “We’ve made it our absolute priority to be good and kind to each other and we’re absolutely committed to that.”