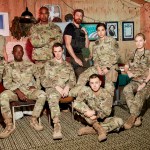 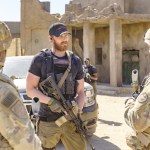 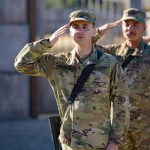 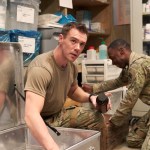 As the gang prepares to head deep into Taliban country, Alvarez reveals in this EXCLUSIVE preview of the ’68 Whiskey’ finale that she’s told her parents about marrying Roback.

“Since we might actually die today, I finally told my parents about you,” Alvarez says to Roback in this EXCLUSIVE preview of the March 18 episode of 68 Whiskey, which also happens to be the season 1 finale. Roback asks how Alvarez’s parents reacted to the big news. “As expected, they were very upset you’re not Catholic,” she says. Roback tells her that he’ll convert. “But also as expected, they were very thrilled that you are a U.S. citizen, so I’ll convert,” she adds.

If they make it out of this mission alive, Roback has plans to meet Alvarez’s parents. He admits that “moms love me for some reason. Dads? Not so much.” They board the helicopter and are joined by Davis and Petrocelli. Roback tells the crew that they have the chance to back out now. He adds that they’re “stepping into some pretty serious sh*t here.”

No one backs out. They all want to get their hands on that money. “I think this is the first time I actually know why I’m in Afghanistan, why I’m putting my life on the line,” Davis says. “But why do I still gotta end up having to put my life on the line for everything?” Roback replies, “Nothing in life gets handed to people like us. You gotta reach out and take it.”