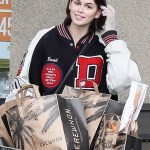 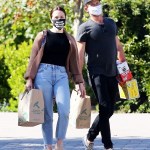 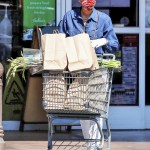 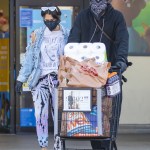 Vanessa Hudgens profusely apologized to her fans on Twitter after making some puzzling remarks about coronavirus and not believing the pandemic will last until July.

UPDATE (March 17 5pm ET): Following the backlash she received, Vanessa posted an apology on Twitter, saying her words were “insensitive”. She wrote, “Hey guys. I’m so sorry for the way I have offended anyone and everyone who has seen the clip from my Instagram live yesterday.” To see her full message, see the embedded tweet below.

ORIGINAL STORY: Fans are accusing Vanessa Hudgens, 31, of making insensitive comments about the deadly coronavirus outbreak that’s currently sweeping the world, following a video that she posted on Instagram on March 17. In the clip, Vanessa said, “Um, yeah, ’til July sounds like a bunch of bulls***,” referring to the potential quarantine timeline for the United States. “I’m sorry, but like, it’s a virus, I get it, like, I respect it, but at the same time I’m like, even if everybody gets it, like yeah, people are going to die, which is terrible but like, inevitable?”

She then seemed to backtrack and a bit and added, “I don’t know. Maybe I shouldn’t be doing this right now,” before drinking out of a mug and sipping from it. “Sipping on gin and juice,” she then began singing, so she didn’t seem to phased by what she had said, but Twitter users definitely too notice and started calling her out for her puzzling remarks about the deadly virus.

“People do die, but wouldn’t you rather do your part than to risk being a factor in another’s misfortune?” one user asked, while another predicted, “Her manager must be fuming right now”. Meanwhile, one commenter said, “Ignore her, she’s high”, but some defended her, saying, “She didn’t lie tho y’all wanna protect old people we get it but these 70-80-90 year olds have already lived a long life”.