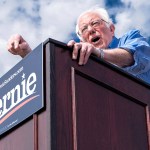 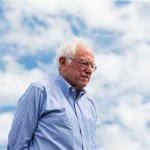 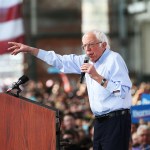 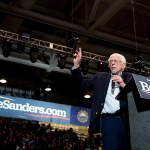 Senator Bernie Sanders went off on President Donald Trump’s response to the COVID-19 outbreak during a powerful speech at the March 15 Democratic debate. His advice: listen to the experts, not Trump.

It didn’t come as a shock that the March 15 Democratic debate was overwhelmingly focused on the coronavirus pandemic, which changed the logistics of the debate itself. The two candidates, former Vice President Joe Biden, and Vermont Senator Bernie Sanders, came out onstage at the event and bumped elbows, rather than shake hands, approaching podiums placed six feet apart. They spoke in front of an empty audience at CNN’s Washington, DC studio to comply with the Centers for Disease Control and World Health Organization’s pleas for social distancing. And, naturally, their first question was about how they would approach a pandemic if they were in the Oval Office right now.

Sanders didn’t mince words when he launched into a condemnation of President Donald Trump and his blatant disregard for expert COVID-19 guidelines. “We have to shut this president up right now,” Sanders said. “Because he’s undermining the doctors and the scientists who are trying to help the American people.” Sanders accused Trump of “blabbering” and confusing the public with his insistence that, first, the threat of coronavirus was overblown, to saying his administration had the outbreak “very well under control,” to banning travel to the US from Europe, to declaring a National Emergency on March 13. Early on, Trump consistently compared COVID-19 to seasonal flu, assuring Americans that it would quickly pass, and that a vaccine would be on the way “soon.

At the time of this story’s publishing, 2487 people in 49 states, Washington, DC, and two US territories have tested positive for coronavirus, according to the New York Times. At least 62 people have died. The horrific lack of testing kits in the US mean that countless others could have the virus and not know it yet. Several states, including Ohio, which holds its presidential primary on March 17, have shut down bars and restaurants to curb the spread of the highly contagious illness. As Biden said during the debate, this crisis is “bigger than any one of us.”

If you haven’t registered to vote yet, there’s still time to correct that. Ensure that you’re able to support the candidate of your choice in the November 2020 general election, and sign up using the form below: