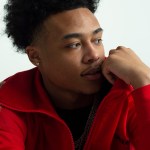 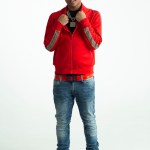 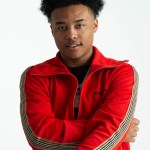 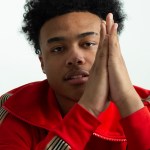 After blowing up the Internet with his smash hit ‘Wrong,’ Luh Kel is back with his new jam, ‘Y.O.U.,’ and he tells us EXCLUSIVELY what inspired the song, the one time he should have asked for advice, and more.

Luh Kel is going to be big. Correction: he’s already big. With a natural charisma and an undeniable charm, the 17-year-old R&B prodigy blew up in 2019 with his monster hit, “Wrong.” Racking up streams and views in the millions (the official video currently sits at 79M, while the Spotify count is at 116M), “Wrong” went Gold and peaked at No. 37 on the Billboard Hot R&B/Hip Hop charts. On top of that, Luh found an audience on Tik Tok, and there are nearly 3 million videos made with the jam’s infectious hook. Not bad for a kid who identifies with the “New Kid” role that he plays the video for his new song, “Y.O.U.” “I was basically like ‘the New Kid’ but the cool kid, too,” he says when chatting with HollywoodLife. “You know, the mystery kid, the anti-social one. You never really know what’s up with him.”

There’s a little bit of “mystery” with Luh Kel. Though the St. Louis native dropped his debut Mixed Emotions on Cinematic Music Group this past November, and he says that there’s more than meets the eye with him and his next batch of music. “You never know what I’m gonna come with. Cause, my songs are like — ‘this song’s like this,’ and ‘this song’s like this,’ and this project’s like this. You never know what’s up with me.”

Though, Luh Kel was kind enough to shed some light on the inspiration behind “Y.O.U.,” the song he released in February. “I was in the studio. I wasn’t even supposed to have a session. Bankroll Got It, he hit me up on IG, that’s the person who made the beat, he told me to come to his studio in LA. So I pulled up, and when I pulled up, my ex pulled up too, and my ex was sitting in the studio. I was just sitting there. I don’t know – I was just freestyling off the top of my head,” he says. “It just came about.”

Even though he’s still a teenager (he graduates high school in the spring), Luh Kel has already learned some critical lessons about the highly-competitive nature of the music industry. “Just watch your surroundings,” he says when explaining the biggest lesson he’s learned as an up-and-coming music sensation. “Don’t get your hopes up for anything because people can tell you one thing but mean another. Just trying to come up off of ya. Especially in the music industry. It’s all business.”

It’s all business, and business is good for Luh Kel. But, though he’s currently on the rise to be the next big thing in R&B, he tells HollywoodLife that he won’t feel like he’s made it until everyone in his circle is benefiting from his success. “If you’ve got five brothers, and every single one of those five brothers is eating, and they all got houses, that’s success,” he says. “Until that come, I ain’t successful. I ain’t even close.”