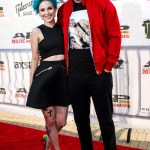 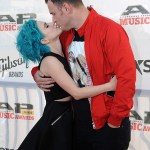 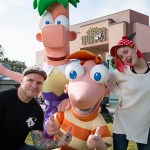 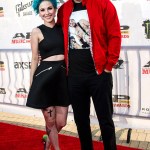 Hayley Williams revealed how much she struggled amid her painful divorce where the Paramore singer admitted to dropping down to just 91 pounds.

Hayley Williams, 31, and New Found Glory guitarist Chad Gilbert, 39, had quite the lengthy relationship with one another before they broke up. The former couple were together for 10 years that included them getting engaged in 2014 and marrying in 2016. They split one year later in the summer of 2017. She spoke about their divorce in a new interview with The Guardian where “The Only Exception” singer got candid about the negativity that occurred while it was happening. One major thing that took place was her drastic weight loss where at one point she was only 91 pounds at just 5’1, which is considered underweight. It took seeing herself on film in two music videos from her album After Laughter for her to realize that something was really wrong.

“It wasn’t until I saw the pictures that I was like, there’s no hiding that I’m not OK now,” she said. “And part of me enjoyed that — if people know I’m not OK, they won’t get too close.” Hayley’s bandmates helped her start eating again but there were still other problems that she had to face amid her painful breakup. The Mississippi native also admitted that she turned to alcohol after abstaining it for many years because Chad didn’t drink. There were still bigger issues for her outside of the drinking and the eating, as Hayley also claimed that their relationship was “unhealthy”.

“He probably looks at me like the villain,” she said. “Throwing around my version of someone else’s story doesn’t feel fair, which is funny because I don’t necessarily think it should be fair. Especially not after the s*** I went through.” The Grammy nominee went as far to say that she also had doubts about marrying him even before she walked down the aisle.

Things have turned a corner for Hayley after all she went through in their relationship where she’s used music and therapy as a way to heal. “One of my biggest healing moments was realizing that a lot of my depression was misplaced anger. I really forced it inward, on myself, and it made me feel shame all the time,’ she said.