Tyler Cameron, 27, didn’t find love on The Bachelorette, but his best friend Matt James might just win Clare Crawley‘s heart! The 28-year-old has been revealed as one of the 32 potential suitors who will vie for Clare’s heart on the upcoming season of the reality dating show. The new batch of contestants was released on the show’s Facebook page on March 10, ahead of the dramatic season finale of The Bachelor. Bachelor Nation superfans were quick to recognize one familiar face: Tyler’s best friend and roommate, Matt. The pair met in college, and now live in New York City, where they run the charity organization ‘ABC Food Tours’ together. Aside from the 28-year-old heartthrob, the promotional photos reveal that the 32 men range in age from 23 to 42 — giving the 38-year-old Clare’s dating pool a wide age-range.

It only takes one quick glance at Tyler’s Instagram page to notice that these two are super tight! The Bachelorette runner-up’s Instagram chronicles their friendship: from their time at college, to their new life in the Big Apple! Tyler even crashed at Matt’s apartment when he moved to New York City after his season aired, and they have been roommates ever since. Fans were quick to comment on ABC’s pic of Matt, expressing how excited they were for him to appear on the show. “We already stan Matt. Not sure if he’s for Clare but I’m here for him,” one fan wrote. Another excited Facebook user commented, “Went to high school with Matt and he is the kindest dude! I hope he’s the next bachelor! Goodluck Matt!”

Some fans proposed theories about Matt’s future with the Bachelor franchise. “I KNEW Matt would get into this franchise! He is the next Bachelor GUARANTEED!,” one fan wrote, while another theorized, “Matt and Tyler together in Paradise this summer!!!! Yes!” A number of Facebook fans also noted the 10-year age gap between the pair. The show is seemingly breaking convention with this upcoming season, as Clare will be the oldest star The Bachelorette has ever had. Many of the women named the Bachelorette were in their late 20s. The decision likely came after a demand from viewers to cast older, as it seemed that the intentions of the younger contestants were not serious enough. 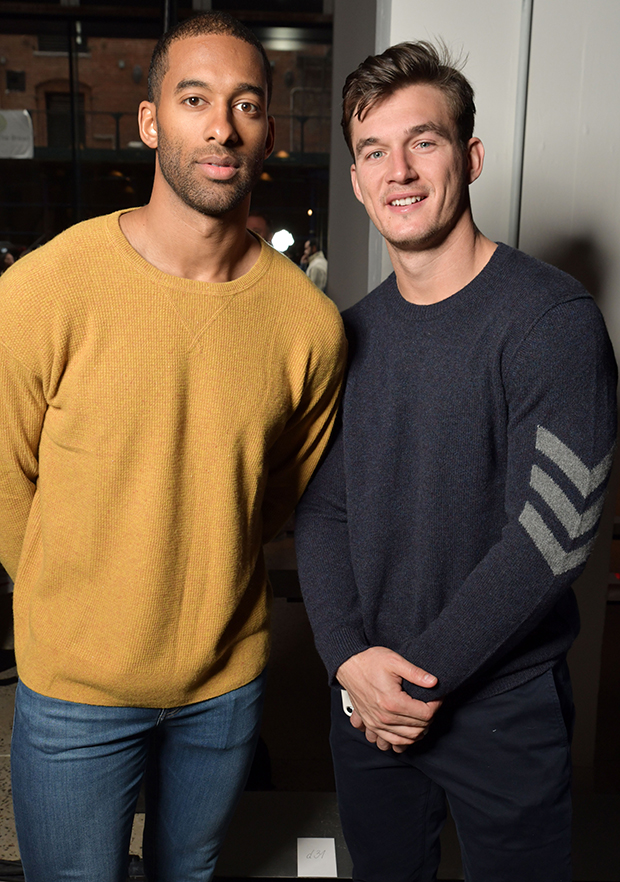 Clare’s most recent appearance in the Bachelor Nation franchise was during Bachelor Winter Games in the winter of 2018. During the show, she found herself in a love triangle with Benoit Beausejour-Savard and Christian Rauch. She broke Benoit’s heart by choosing Christian, but her relationship with Christian did not make it until the end of the show. After filming, Clare re-connected with Benoit, and he proposed to her at the reunion special, which aired in Feb. 2018. Unfortunately, the pair’s relationship ended by April 2018.