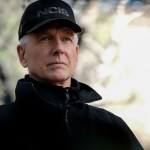 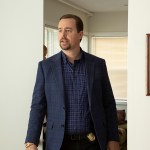 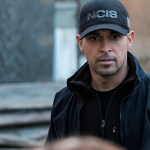 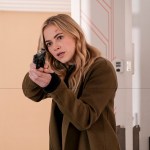 There’s still a lot we don’t know about Kasie Hines on ‘NCIS.’ HL spoke EXCLUSIVELY with Diona Reasonover about her hopes for the character and why the show’s still so popular after 17 seasons.

NCIS had its first Kasie-centric episode earlier in season 17 but fans are still hoping to get more insight into the character in the future — and so is Diona Reasonover. HollywoodLife talked EXCLUSIVELY with the actress about what she would like to explore with her character down the road and she had a solid answer. “I would love to see what Kasie is just like during her downtime when she’s relaxing,” Diona told HollywoodLife. “I want to see how nerdy Kasie gets in real life. Is she running a board game night? Is she creating her own trivia night? I want to see how nerdy she is.”

Kasie Hines first made her NCIS debut in season 15 before being made a series regular in season 16. The CBS series remains one of television’s most-wasted dramas even after all these years. Diona opened up about why she thinks fans still gravitate to the drama. “I think it’s the characters, the relationships,” she continued. “I think in procedurals it’s about the case of the week, but I think in this particular show, it’s about how these characters are going to react, how these characters are going to get together and solve it. It’s truly the relationships that have been created for the show. It’s a crazy thing to walk into too because you feel the energy from the fans.”

Diona is also a writer and revealed whether or not she’d ever pen an episode of NCIS. “If I had a good idea for a good case and some good B-story with a good relationship arc for the characters… maybe. I have to say I’m more of a comedy writer, but I would not be opposed,” she told HollywoodLife.

The actress is currently working on a screenplay at the moment and has a film coming out this year called Film Fest. “It was such a crazy, fun experience,” Diona said. “We actually shot it just kind of like running around the woods. But it’s really about a group of young filmmakers who get into a film festival that’s not necessarily Sundance. It’s not even Slamdance. But it’s funny because that’s pretty much what we were. This was my first movie where I was one of the leads. I’ve never had an experience like this, so I was really learning on the go. It’s a lot different than filming TV.”