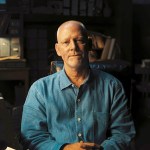 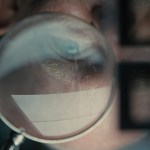 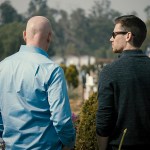 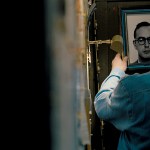 ‘The Most Dangerous Animal of All’ premieres March 6 on FX. HL spoke with the EP and director of this true-crime docuseries that explores one man’s search for his father, whom he believes is the Zodiac killer.

FX is taking on its first true-crime docuseries. The Most Dangerous Animal of All, based on The New York Times best-selling book of the same name, will debut all four episodes on March 6. The series follows Gary L. Stewart’s search for the father who abandoned him, only to uncover the worst: he believes that his father is the infamous Zodiac killer. HollywoodLife sat down EXCLUSIVELY with executive producer Ross M. Dinerstein and Academy Award-nominated director Kief Davidson to discuss why they were drawn to Gary’s story, whether their opinions about whether or not Gary’s father is the Zodiac killer changed over time, and so much more.

“What really drew me to it was Gary’s story,” Ross told HollywoodLife at the Television Critics Association winter press tour. “I read the book when I was 39 years old and Gary met his biological mom at 39. Looking back in my life and where I was at that point and thinking I was in his shoes, it really sort of blew my mind in a way. So I saw right away that there was definitely an opportunity by the time I finished the book. I had a few phone conversations with Gary, and then I actually met with Gary in person. I got it right away that there’s way more here than what the book says and it can make a very compelling TV series.”

Kief said that Ross approached him about the docuseries and he was a little uncertain at first — until he read Gary’s book. “I was just as intrigued with Gary as a character,” Kief told HollywoodLife about how he felt after reading Gary’s book. “But actually, I came around even on my aversion to the Zodiac part of it because I came to realize that the Zodiac case, at least in the TV documentary space, it’s really only been done in a very super sensational way. There actually hasn’t been anyone that’s tackled this from a non-sensational way. So there was an opportunity on that side of it to explore that as a case, but with the backbone of this still being Gary’s story and his belief that his father may be the Zodiac. Once you start buying into the idea that his father may actually be the Zodiac, that he’s correct, you start looking at the case in a totally different way. I was able to actually take a case that was familiar to a lot of people and tell the story in a completely different way than it’s been told before.”

Ross admitted that he and Kief’s opinions changed about the Zodiac killer over the filming process. “We definitely went in one way and definitely came out another way,” Ross continued. “What I take away from it, and I think the viewers will too, is this idea of everyone is searching for their own identity and really trying to figure out who they are.” Kief added, “This project is very much about identity and obsession. And there’s a good reason as to why the Zodiac case has never been solved, and that ties into some of the themes that are that we carry.”

Gary’s book was released in 2014 and Ross noted that the docuseries dives into new aspects of the case. “Gary himself, when I first talked to him, he says there’s more that happened since the book came out, specifically with DNA evidence,” Ross said. “A good portion of our show deals with his perception of what he believes is ironclad DNA evidence.” After the four episodes air on FX, the docuseries will be available the next day on FX on Hulu.