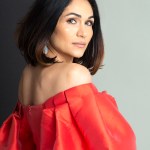 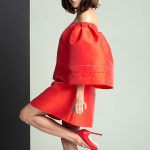 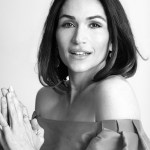 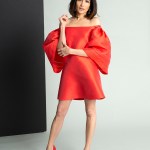 Lela Loren stepped into the role of Danica Harlan for ‘Altered Carbon’ season 2 and went on one heck of a ride. HL spoke with Lela about her thoughts on Danica’s fate, her character’s fierce fashion, and more.

Lela Loren wasn’t looking for a certain type of role after playing Angela Valdes for so many years on Power, but she was destined to play Danica Harlan in Altered Carbon season 2. “It was wonderful because I’m always looking to push the bounds and grow as an actor,” Lela told HollywoodLife. “Danica’s intelligent and strong in a similar way that Angela Valdes was but entirely different in these other ways. It was an appealing artistic challenge.”

Danica Harlan is the ambitious governor of Harlan’s World and the daughter of Konrad Harlan. Lela initially met with showrunner Alison Schapker to discuss the role of Danica and was immediately intrigued by the character and the world of Altered Carbon. “The thing that I find really fascinating about Altered Carbon is that there are things that are in our society now that work amazingly well, but there are also things that don’t,” Lela continued. “It’s almost like, well, if we don’t get a handle on this dysfunction, then we’re going to live in a world like Altered Carbon.”

Over the course of the season, Danica shows her true colors. In the end, she betrays everyone and is real-deathed by the Elder that has taken over Carrera’s body. Lela opened up about how she feels about Danica’s fate. “I feel like her fate is apropos in that she is purely her father’s daughter,” Lela said. “A bit of her unspoken backstory or this idea behind it is that Danica has no mother, that her dad took an embryo and literally gave himself the daughter that he could pour himself into, so she’s taught entirely by him. Konrad is someone who achieves his goals by any means necessary. As much as he’s going after his meaning and his purpose, he’s willing to sacrifice human life and honesty and all these other things. He teaches Danica everything. Now the irony of Altered Carbon is that succession doesn’t happen anymore. We naturally step into the role of our parents, whether or not we have children, in adulthood and they die. Succession happens organically and inevitably in the world of Altered Carbon. What Konrad did to the Elders, he taught those same tactics to Danica. She is her father’s daughter so the same fate befalls him at her hands. In terms of her relationship with Carrera, it sort of makes sense that the same fate befalls her and that’s where you get that tragic loop.”

Even though Danica double-crosses everyone, Lela thinks that Danica’s goals are “commendable” — she just doesn’t go about them in the right way. “She wants autonomy and freedom from the Protectorate,” Lela noted. “In a way, as much as she is a Meth, it’s almost like the Protectorate is a bit of an imperialist regime. It’s almost sort of like Great Britain and India. She wants autonomy and freedom for her own planet. She wants their most precious resource — alloy — to be protected so that her people can share in its abundance, that it’s not just given to the Protectorate. We all can relate to that. She wants order and peace and justice. All those values are commendable and understandable and relatable. The problem is how she goes about it. She tries to get this good thing achieved by sacrificing these other good things. That’s where I think we get the label ‘bad’ because it doesn’t work. It’s a good cautionary tale because we can do that within ourselves.”

Danica steps out in a number of stunning and powerful outfits throughout season 2. Every single look was perfectly-tailored for Danica. This wasn’t unintentional. Fashion plays a big role when it comes to Danica’s character.

“I think it really establishes her class and privilege,” Lela said. “Danica’s fashion is really important because it walks that line of austere, unfettered power, but it’s still quite feminine. It’s sort of like as much as she was raised solely in her father’s world, in a world of men, she still holds on to her femininity. It’s very different than the opulence of the Meths in season one. Part of it comes from when you look at what opulence and frivolity are, often it’s a lack of purpose and a lack of meaning, so all of this spectacle is just to fill that void. In Harlan’s World, the Meths find their meaning and purpose in the fact that they’re the only planet with alloy. There is a lot of wealth but there’s an austerity to it because they have work to do. There’s a cleanness to her beauty and her fashion. For me, it really helped step me in her power because I am a flip flops, pants, and t-shirt girl from Northern California, so that just really helped me embody her.” Altered Carbon season 2 is now streaming on Netflix.