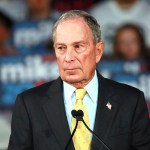 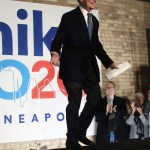 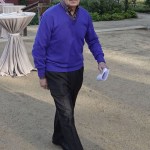 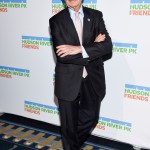 Count this under things we didn’t expect candidates to say at the SC Democratic debate. Mike Bloomberg made an ultra-NYC joke about Times Square’s Naked Cowboy, and it had Twitter totally confused.

Here’s a name you won’t find in any previous presidential debate transcript: Naked Cowboy. Former New York City mayor Michael Bloomberg, 78, cracked a joke about the iconic Times Square character during the February 25 Democratic debate, and it fell a bit flat with the confused audience in South Carolina. “I think what’s right for New York City isn’t necessarily right for all the other cities, otherwise you’d have a naked cowboy in every city,” Bloomberg said to polite chuckles while talking about his three terms as mayor.

For those unfamiliar with NYC, the Naked Cowboy, real name Robert John Burck, is a man who stands in Times Square day in and day out, rain or shine, wearing nothing but a speedo, cowboy hat, and boots emblazoned with his moniker. If he’s feeling a little immodest, he’ll cover up with an American flag robe. Anyone who’s walked through Times Square and managed to get stuck in a throng of tourists has encountered the singing and dancing cowboy with his patriotic guitar. Bloomberg’s reference is extremely NYC specific, and it left some viewers at home puzzled.

“The Naked Cowboy got mentioned at this debate before the impending pandemic.Man facepalming #DemDebate,” one person tweeted, pointing out that nobody had brought up the coronavirus yet. “Thank you for asking, I did have ‘naked cowboy’ on my bingo board,” another person joked while watching the debate. “I won’t vote for Mike Bloomberg because he’s apparently not in favor of a naked cowboy in every city.”

Can't we have a naked cowboy and a big gulp in every city?#DemDebate pic.twitter.com/3w41vDQURR

Fun fact: the Naked Cowboy is actually from Cincinnati, Ohio, and a diehard Donald Trump supporter. “Donald Trump is a freaking red-blooded American man. He’s tall, he’s handsome, he’s strong, he’s successful — these are things you can’t argue with,” he said in a September 2016 interview. He revealed after the election that his wife was an undocumented Mexican immigrant, and he still supported Trump. The Naked Cowboy also talked about running against Bloomberg for mayor of NYC in 2009.

PS: if you haven’t registered to vote yet, you can do so below! Just promise us that you won’t write in the Naked Cowboy’s name when you get your ballot, okay?