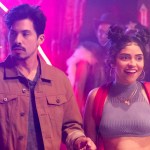 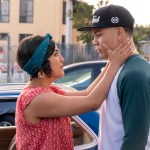 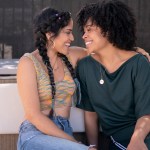 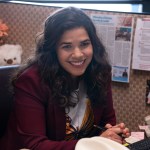 ‘Gentefied’ season 1 is now streaming on Netflix and HollywoodLife spoke EXCLUSIVELY with the creators, writers, and EPs of the series about their road from a web series to Netflix.

Gentefied has had quite the journey. The Netflix dramatic comedy is adapted from the 2017 Sundance digital darling. The series follows three Mexican-American cousins struggle to chase the American Dream, even while that same dream threatens the things they hold most dear: their neighborhood, their immigrant grandfather, and the family taco shop. Marvin Lemus and Linda Yvette Chavez are the creators, writers, and executive producers of the series and they spoke EXCLUSIVELY with HollywoodLife about the series that means so much to them.

“It’s been a four-year journey,” Marvin told HollywoodLife. “We started writing the web series in 2015 and we shot it in 2016. We never got to release the web series. We premiered it at Sundance and we were trying to we’re hoping to find distribution for the web series. Based off the trailer that we had cut and released, we got a lot of attention from TV networks who were like, ‘Can this be a TV show? Can you come up with a pitch in a couple weeks?’ Those couple weeks turned into five months of developing out what Gentefied as a TV show would look like. It was not the intention. We were just trying to make a great web series and then see what doors it might open. We didn’t imagine that this will become the actual thing. We ended up at Netflix, which was always our dream of dreams, to be able to create something that was accessible to my cousins back home in Bakersfield. They’re on Netflix. They don’t have much else. We were like, we need to be somewhere where our community is going to see it and also somewhere that’s going to let us make this as bilingual as possible. That’s going to be fully in Spanish and in English, the way that we live our lives and move through the world.”

Marvin and Linda also revealed that the Netflix series features some changes from the web series. “It’s mostly a new story but because the digital series has so many characters that are so beloved and the anthological feel that the digital series had where like every episode was a different character, the people who were able to see it really loved that,” Linda said. “We wanted to maintain some of that and also create kind of a hybrid with a traditional medium of storytelling in TV. We kind of paired those together and created something that could really capture the essence of some of the themes and topics that we talked about in the digital series, and even a few storylines that we brought into the TV series that we really loved from that that we wanted people to see.”

Marvin added, “We wanted to create something that was binge-able but that would still allow us to jump into different characters’ points of view and to really build out a tapestry of the community.”

Gentefied focuses on the lives of Ana, Erik, and Chris and the “the theme of community versus self.” Marvin continued, “They all fall somewhere on the spectrum of these extremes. You know, Ana is somewhere in the middle, Chris is on one end, Erik’s on the other, and Pop is somewhere in the middle. They’re all going to challenge each other and test each other’s beliefs when it comes to the American Dream versus putting family first.”