Now it all makes sense. Logan Paul and Tana Mongeau‘s rumored romance was just another strategic tactic to get good content, he revealed in a new YouTube video on February 19. Logan and Tana, who was married to his brother Jake Paul, were photographed cuddling up together during a lunch date in Beverly Hills on Sunday. — A premeditated plan to get a rise out of Jake.

Logan was the brains behind the prank, he said in the new vlog, titled “Dating My Brother’s Ex-Wife…” The video opens with Logan explaining the prank to Tana, who is all in, especially after hearing that Jake will be the butt of the joke. “You and I should get in a fake relationship in front of the paparazzi and troll the entire internet,” Jake begins, followed by the breakdown of what their fake romance will entail.

“We go to Beverly Hills or somewhere and we hold hands, maybe like a cheat kiss, we keep it light,” he explains. “Maybe, one paparazzi pic is snapped, there’s a couple tabloids. The window of believability will be 24 hours,” Logan says, admitting that he hasn’t spoken to Jake about it yet. Tana adds, “Well, I think the fun of it is Jake getting pranked, right?” 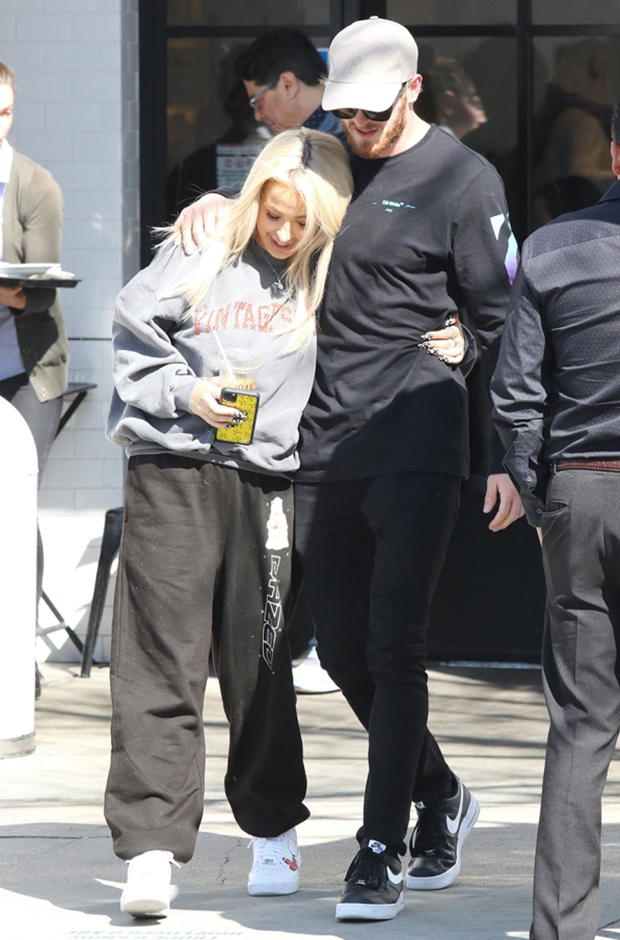 While on their way to lunch, Logan admits in the car, “I’m actually hella nervous. Like, is this going to f–k up future relationships with women I actually want to date?” He then jokes, “I’m going to be hugging you and I’m going to be wanting to throw up in my mouth,” to which Tana agrees.

Before anyone catches on to the famous faces at an outdoor eatery, Logan says, “So here we are, Tana and I on our first date. I can say without a doubt, so far it’s been one of the most horrifying experiences of my life.”

But, once Logan spots a photographer, he quickly looks at Tana and tells her to “feed” him her coffee. That’s when the fake flirting escalates. The two later exit the restaurant as Logan puts his arm around Tana and kisses her on the head. And, mission accomplished. The paparazzi got their shot, and the photo made its way around the internet.

While Logan is basking in the glory of his growing content numbers, he receives a nasty text from Jake, who’s not happy about his brother getting cozy with his ex.

“Still processing it,” Jake admits via text when Logan asks him how he feels about the situation. Jake goes on to explain that the “old Logan” came out — the one who will do anything for content, even if it means hurting the ones he loves.

Later on, Jake and Logan meet up in a car to discuss the drama.

“I don’t know if mad is a word,” Jake begins, explaining, “It like triggers a PTSD within me with a situation that actually really affected me and it just hurts my heart I guess. I feel like it’s like the old f–king version of you which I hate, and I know that you hate that old version of you. Like, you’re going back there to make content and if that content harms people, like you don’t care,” he says.

“I’m sorry, I f–ked up bro,” he says, admitting, “I didn’t think it was going to hurt your feelings like this. To be it was a joke, a prank and your reaction was part of the prank.”

And, that’s when Jake turns the tables on his brother and says, “I’m just pranking you right now too. I don’t give a f–k!” Then, both Paul brothers laugh it off and Jake even congratulates Logan on getting such good content.