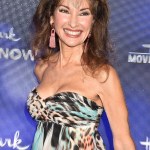 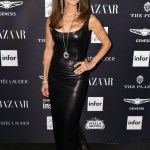 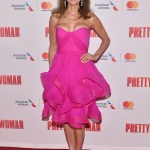 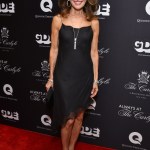 Susan Lucci is living her best life on vacation in St. Barth’s! The soap opera legend spent the morning on the beach in a white strapless one-piece swimsuit, as seen in a new photo she shared on February 18!

We’ll have what Susan Lucci‘s having! The All My Children alum, is stunning in a new photo she shared from her from her beach vacation on Tuesday afternoon. Susan showed off her amazing figure in a plunging white one-piece that featured a gold buckle.

“GOOD morning, St Barth’s😊😊😊🌴🌴🌴💃🏽💃🏽💃🏽,” she captioned the photo, which shows her taking a sunny stroll in the sand. The actress let her brown hair with blonde highlights down as she shielded her eyes with a pair of tinted sunnies. Susan was all smiles while she kicked and frolicked through a shallow part of the ocean.

And, we’re not the only ones who thought she looked incredible in the new snap. Andy Cohen commented, “Looking good.” He joined the thousands of fans who sang Susan’s praises in the comments. “Pretty lady with a heart of gold who looks easily 20 years younger than her age,” one extremely accurate fan wrote. Another added, “Always so elegant and beautiful.”

Susan is getting some R&R in at the beach after she opened up to HollywoodLife about her near-fatal heart condition. The actress underwent emergency heart surgery in October 2018 after doctors discovered that she had a 90 percent blockage in the main artery. She two stents inserted into her arteries to increase blood flow back to her heart.

“I’m in good health, I’m feeling great!” Susan told HollywoodLife on the red carpet at the American Heart Association’s Go Red for Women Red Dress Collection event in New York on February 5. She went on to explain that her symptoms came out of nowhere.

“I had no health issues, and then I did, and it was near fatal,” she admitted. “Like most women, I thought, ‘This can’t be anything. These symptoms will go away.  And besides, I have a day off tomorrow. I’ve got too much to do, I can’t do this,’” Susan explained about when she first started to experience chest pains.

Now, she’s focused on spreading the signs and symptoms of heart disease. “But fortunately, I did listen to the symptoms and I’ve been lucky enough to hear other women talk about their symptoms — I’ve had the same thing,” she said, noting, “It’s like an elephant pushing on your chest.”

Susan continued, “The one thing I think women don’t put themselves on their to-do list. We don’t. I was afraid that people would think I was overreacting because it can’t be anything.”