Cynthia Bailey and NeNe Leakes friendship is a rollercoaster ride to say the least. The Real Housewives of Atlanta stars have feuded since the end of last season, and recently put an end to their rift on the most recent episode on February 16. Now, Cynthia, 52, says she truly believes NeNe, 52, is happy for her and fiance, Mike Hill.

“Honestly, I want to extend a [wedding] invite to all of the ladies on the show,” Cynthia told HollywoodLife during an exclusive interview. “I think one of the things that we do share a bond with, for the most part, is everybody wants to be happy. Everybody wants to be in love, the ladies that want to have babies want to have babies,” she said, explaining, “I think that regardless of where I am in the relationship with NeNe, I think in her heart she’s happy for me that I found Mike.”

And, that seems to be the case. When HollywoodLife caught up with NeNe in December, she said, “Yeah, sure,” when asked if she would attend Cynthia’s wedding if an invite was extended to her. As for where Cynthia and NeNe stand today?

“We are in a way better place than we were last time you guys saw us at the reunion, that’s for sure,” Cynthia revealed. “First of all, I don’t want to speak for her. I wouldn’t say that we’re friends. We’re definitely not like we used to be, but I think we’re in a good place. I think we’re in a cordial, respectful place,” she admitted, explaining, “If I see her, if I walk out of this studio now and I see her, I will absolutely run up to her and say hello. — Maybe not run, but I would say hi. I would speak if I saw her, and I’m good.” 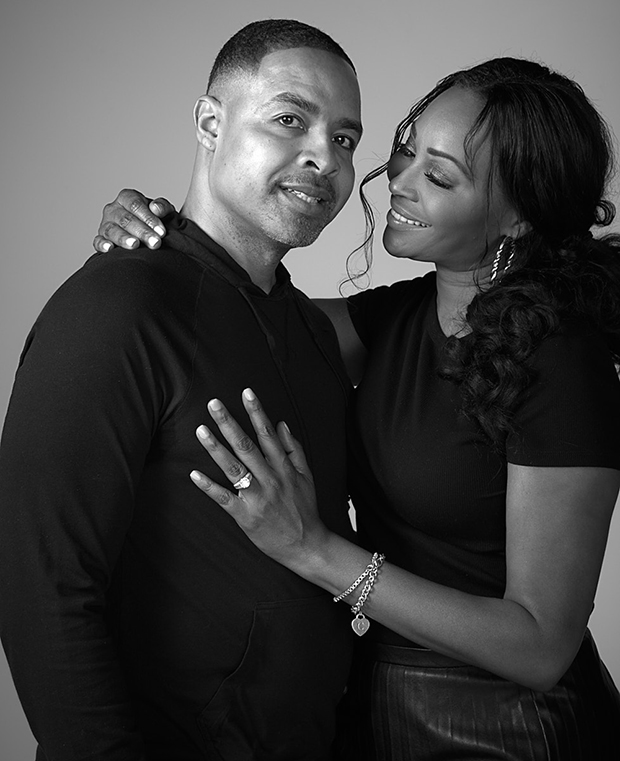 “You guys will see more of how things play out with us,” Cynthia continued. The business woman noted that she did run into NeNe at an airport “not too long ago,” and they had a pleasant exchange.

At the end of the day, Cynthia said she’ll always have love for NeNe. “I think friendships are friendships, and real friendships, whatever point they are or whatever happens in the friendship, as long as I didn’t sleep with her husband or something crazy, I think the love doesn’t go away. The friendship changes, but you still wish the person well. — At least I do,” she explained.

Cynthia and her sportscaster fiancé have said they’re planning to walk down the aisle on October 10. And, whether or not Cynthia decides to invite NeNe to her wedding, she admitted that she’ll always care about her.

Fans of RHOA will know that Cynthia and NeNe recently talked through their issues on the show’s February 16 episode. Cynthia sent NeNe a thank you note after NeNe gave her congratulatory hors d’oeuvres for the opening of Cynthia’s newest business, the Bailey Wine Cellar. Cynthia asked NeNe to have a glass of wine at the cellar so they could chat.

Cynthia and NeNe’s feud began at the end of last season (11), when NeNe felt betrayed by Cynthia after she invited Kenya Moore to a party she hosted. Kenya and NeNe were not friends at the time and still aren’t.