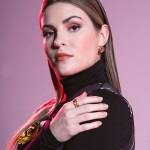 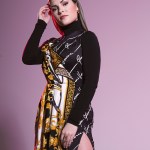 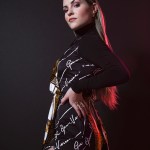 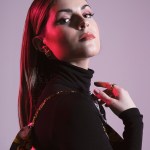 Fresh off her performance on ‘The Bachelor,’ country singer Tenille Arts spoke to HollywoodLife about her new album, ‘Love, Heartbreak & Everything In Between.’

Tenille Arts‘ new album, Love, Heartbreak & Everything In Between is as vulnerable as the title sounds, but the singer was actually surprised when some of the toughest songs she wrote were fan favorites! “With this album there were actually a couple of songs that I wrote completely by myself, and those were just extremely honest and exactly what I felt, I wrote them in like 30 minutes. I would normally keep that stuff to myself, but I decided to send it to my publisher and a few other people, and they just fell in love with it,” she explained in an EXCLUSIVE interview with HollywoodLife.com. “I actually posted one of them as just a one-take piano on YouTube, and people were freaking out over the song.”

She continued, “I was like, ‘Okay, maybe people do like this. Even though it’s so specific to my heartbreak. Sometimes I think the more specific you are, people find a way to relate to it.” Tenille admitted that it was a “totally unexpected, but kind of beautiful thing” for her fans to react that way to her lyrics. In addition to those songs about heartbreak, she also went a little more into the “everything in between” part of things! “It was just everything else in life that didn’t fall into those two categories!” the singer explained.

“I wrote a song about my mom and kind of growing up, going from being like an angsty teenager and calling my mom some bad names, and then transitioning into her being my best friend and the one that I call for everything, so, that’s kind of what I mean by everything in between,” Tenille continued. “Then there’s a song about my hometown bar in there in that section, and then a song about being over somebody, which I felt was like didn’t really fit into heartbreak or love.”

Recently, Tenille Arts was announced as the chosen singer to perform the Canadian national anthem prior to the NBA All-Star 2020 game on Sunday, February 16 in Chicago! Make sure to tune in, and get her album Love, Heartbreak & Everything In Between!