“I don’t know about you, but my heart needs a straitjacket,” sings Stitched Up Heart‘s frontwoman Alecia “Mixi” Demner at the start of “Straitjacket,” the anti-Valentine’s Day/pro-Galentine’s Day song premiering here at HollywoodLife. In the track, the band brings some much-needed grit and grime to the holiday, along with some leather and madness. “Your eyes are the only thing that makes me feel like home,” sings Mixi, suggesting “Straitjacket” is a love story like Romeo & Juliet…until you remember how that story ends. With seductive vocals, hard-hitting guitars and a beat stronger than the one in your chest, “Straitjacket” is the nine-inch stiletto heel being jabbed straight through that heart-shaped box of chocolate. “I don’t know what to do /tie me up/ I can take it / You make me crazy now.”

“‘Straitjacket’ is an anti-love story,” Mixi tells HollywoodLife about the song, “about a messy love life and a masochistic heart.” It’s a poignant observation of how love in itself can be a maddening obsession that pushes people towards the “edge,” how dangerous one might be when they become overwhelmed with desire. It’s also a kick-ass song perfect for anyone forgoing a romantic candlelit dinner to celebrate Valentine’s Day with whiskey in a dive bar.

Since debuting in 2010, Stitched Up Heart has built up a following of loyal fans. The group’s debut album Never Alone hit No. 7 on Billboard’s Hard Rock Albums chart, while its single “Monster” hit no. 27 on the Mainstream Rock Songs chart. They’re about to release their sophomore effort, Darkness. The album, set for a Friday the 13th release in March, features previously released tracks “Warrior,” “Crooked Halo,” “Problems,” “This Skin,” “Bones,” “Dead Roses,” and “Lost,” their collaboration with Sully Erna of ’90s rock icon Godsmack. 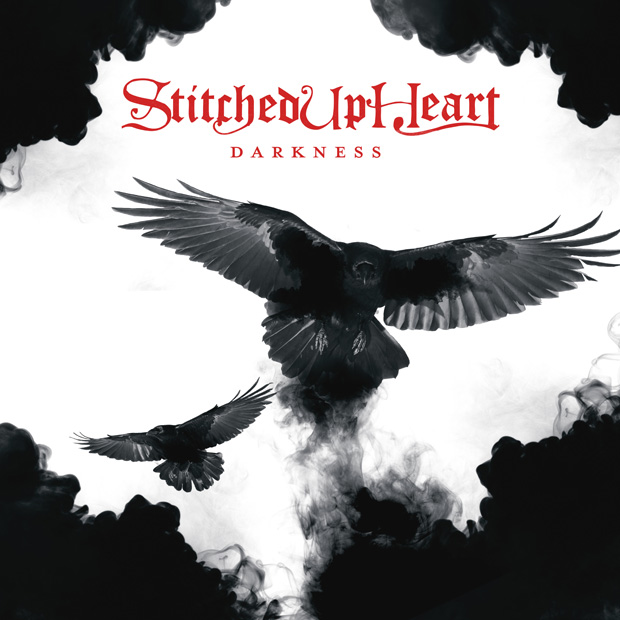 At the start of 2020, the band released the music video for “Warrior,” gladiatorial visual straight out of Sparta. “I’m really excited about this video because I was able to come up with almost the entire creative vision for it. From wardrobe, makeup, to cinematography. We wanted to go for a visual aesthetic similar to the movie 300,” said Mixi. The song also helped out those in need. Stitched Up Heart partnered with Guitars 4 Vets to release a limited-edition “Warrior” t-shirt and digital download bundle, with a portion of the proceeds donated to the non-profit.

Darkness is out on March 13. Shortly afterward, the band will hit the road, handpicked by Skid Row’s Sebastian Bach to join him on tour. Check here for all the dates.