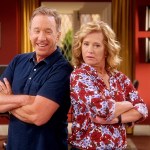 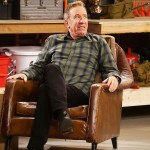 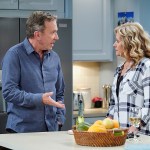 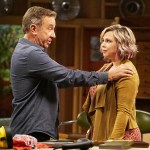 Amanda Fuller shared details about season 8 of ‘Last Man Standing’, including how her real-life surprise pregnancy inspired her character Kristin Baxter’s pregnancy, in an EXCLUSIVE interview with HL.

Amanda Fuller, 35, is in the middle of her eighth season of playing Kristin Baxter, the oldest daughter of Tim Allen‘s character Mike Baxter, in the FOX hit series Last Man Standing and she’s EXCLUSIVELY opening up about what we can expect to see in the upcoming episodes as well as how her new role as a mom in her real life has helped her both professionally and personally.

“I just had my first child so when we were on hiatus and we found out that I was pregnant with my baby boy [he was born in Nov. 2019], I let the showrunner know and I was like, ‘Just FYI, I want you guys to have as much prep time to either include this or not’, and they were like, ‘Oh yeah, of course we’ll include it’,” Amanda EXCLUSIVELY told HollywoodLife about how her own pregnancy influenced Kristin’s pregnancy this season. “I’ve been keeping the secret for a while but we just had the premiere and that was the big announcement episode so the season’s just her being pregnant and expanding the family and what that means to everybody else and lots of other family changes happening outside of that.”

She went on to talk about what fans can also expect from Mike and Vanessa Baxter (played by Nancy Travis) and how they’ll be dealing with “empty nest” syndrome this season since all their kids are now out of the house. “It’s nice when you’re on a show for so long that’s about a family that you can actually track the amount of time it would take for a house full of kids to be all not in the house anymore,” the longtime cast member, who’s been on the show since its second season in 2012, explained. “That’s kind of what we’re dealing with this year which gives it a whole other level of heart, which I think is nice.”

In addition to acting in Last Man Standing, Amanda is set to direct her first episode of the series, which she’s thrilled about. “I get to tell Tim Allen what to do after all these years” she jokingly gushed. “I’ve been directing a lot of stuff on my own for years, lots of short films and web series and stuff like that. I’ve been wanting to direct on this show for the last couple of years and we finally made it happen. I’m really excited.”

You can watch Amanda’s full interview, where she dishes on a lot more, including her real-life struggle with endometriosis, in the video above. New episodes of Last Man Standing air Thursdays on FOX at 8/7c.