Blac Chyna is not expecting her third child, despite sharing a photo of a sonogram to Instagram on February 11. HollywoodLife spoke to a representative for the model, 31, who confirmed, “Blac Chyna is NOT pregnant.” As for why she decided to post the sonogram photo — well, that’s unclear. However, the post has since been deleted.

“Blessed 2020,” Chyna captioned the image. While she never confirmed a pregnancy in her post, fans assumed the sonogram belonged to her. Chyna is already mom to son King Cairo, 7, who she shares with ex, Tyga, and 3-year-old daughter Dream, from her previous relationship with Rob Kardashian.

The sonogram photo might not have fooled some fans, seeing as it’s a  trick Chyna’s pulled in the past. Back in December 2018, she shocked her millions of followers when she shared a sonogram photo (different from today’s). At a quick glance, the image looked a standard sonogram, however, it was doctored to include an image of an airplane, in place of a child. — A joke that Chyna was “expecting more traveling!!! … period.” 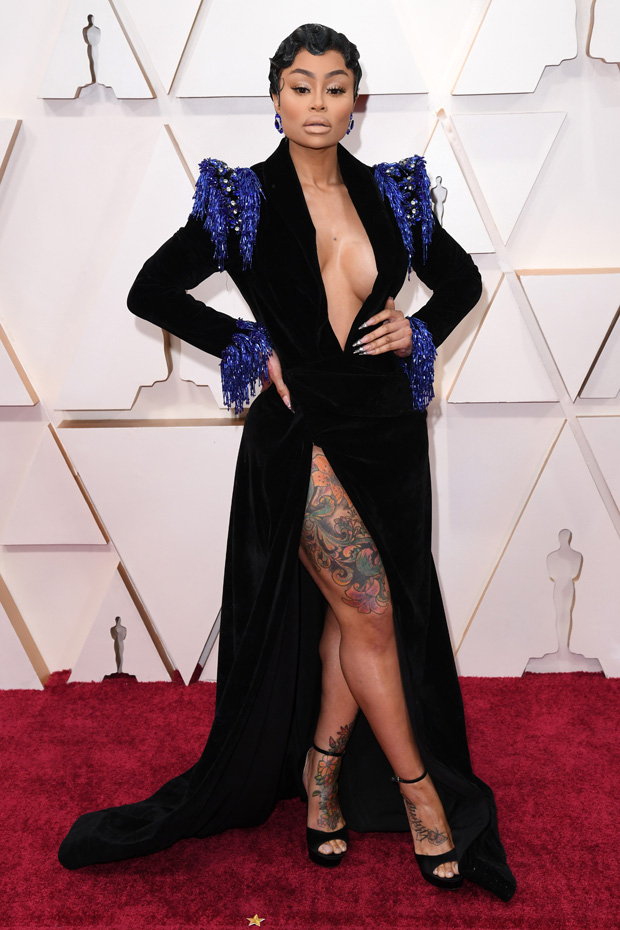 Blac Chyna on the red carpet at the 2020 Oscars in Los Angeles, CA on February 9. (Photo credit: David Fisher/Shutterstock)

Before Chyna deleted the sonogram image she posted today, fans began to note in the comments that she didn’t appear to be pregnant at the Oscars this past Sunday night. Chyna hit the red carpet at the Academy Awards in a tight black velvet dress with a plunging neck and thigh high slit. Following her appearance on the red carpet, many fans questioned why Chyna was in attendance, seeing as she was not listed as a presenter, nominee or part of the media.