Gal Gadot, 34, showed up to the Oscars 2020 ceremony looking absolutely stunning in a sheer black top and a poofy pink dress by Givenchy that took over the red carpet and fit the A-list star to perfection. She accessorized the look with a  pair of beautiful earrings and a dazzling Tiffany & Co. necklace that was super sparkly to look at. Gal also left her hair up where her gorgeous face was on fuller display (just look at that red lip!). The Israel native is one of many presenters at this year’s celebration as she’ll be joined by several other A-listers on the Oscar’s stage including Julia Louis-Dreyfus, Lin-Manuel Miranda, Anthony Ramos, Mark Ruffalo, and Kelly Marie Tran.

Another year, another stunner. Gal is no stranger to walking red carpets and looking totally breathtaking while doing them. She stormed the 2018 Oscars in another fabulous Givenchy number that had that whole “look at me” kind of vibe. That evening had a major metallic trend going on which she only enhanced with her dazzling outfit that was literally dripping in diamonds. She also topped the entire ensemble off with another stunning Tiffany & Co. diamond necklace. Could we be any more jealous of her?

Gal gave millions of people a similar type of effect when she arrived at the 2019 Met Gala in a sheer white lace dress that featured a cape and had on a black bodysuit underneath. She contrasted the ensemble with a pair of black thigh-high boots while still looking totally angelic at the biggest fashion event of the year. 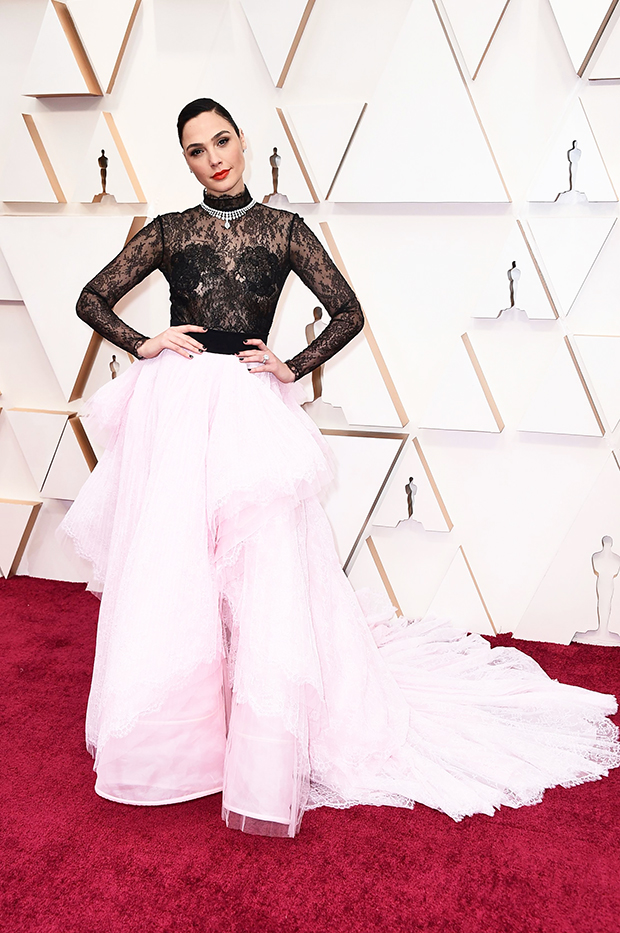 Expect to see much more of Gal on future red carpets as the sequel to Wonder Woman called Wonder Woman 1984 is expected to be released domestically on June 5 of this year. The trailer to it dropped in December 2019 and we are in for a real treat if that is any indication over what’s to come. Kristen Wigg, 46, who is primarily known for her comedic work on Saturday Night Live and in movies like Bridesmaids, is actually a villain in the upcoming film!