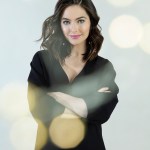 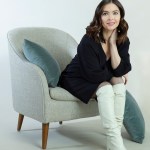 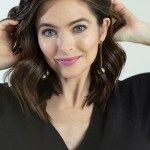 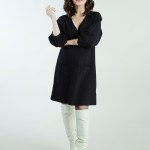 ‘Lincoln Rhyme’ is about halfway through its first season and there’s still a lot we don’t know about Kate. HL spoke EXCLUSIVELY Brooke Lyons about Kate’s big episode, Kate and Amelia teaming up, and more.

Kate is an important member of Lincoln Rhyme’s team and she’s the one you can count on if you need facts. The Feb. 7 episode of Lincoln Rhyme: Hunt for the Bone Collector will focus on a bizarre murder at a university research site that throws Amelia and Kate into the world of post-mortem forensics. This leads to one wild adventure at a body farm of all places. “We are called upon to visit one of those,” Brooke Lyons told HollywoodLife EXCLUSIVELY. “Everybody else is a little bit taken aback by the concept, but Kate jumps at it because this is her comfort zone. She’s trained in it. She loves it. There’s nothing sinister or perverse about her obsession but she’s fascinated.”

This is the first time that Amelia and Kate have really teamed up one-on-one this season. For Brooke, having these two women work together is something she relishes. “Something I love to see on screen and in life everywhere is women working together,” she continued. “I think historically, in onscreen representations of female relationships, you see elements of comparison, even competition. For me, that’s interesting when it is of use but it’s becoming obsolete. I’m just not interested in that anymore. Probably what I love most about their relationship is that it’s not that at all. They’re these two brilliant women, both really good at what they do, who are developing parlance to solve these crimes together, and they’ve got each other’s backs. They both bring different and equally important skill sets to the table. Kate is very science-minded. She’s very fact-based. She really needs to dot the I’s and cross the T’s. She’s using the data to either confirm or deny these theories. Amelia started off as a rookie cop but has these sort of very advanced and special instincts. She’s just got this sixth sense about profiling and the way things are unfolding. She just trusts her gut and that is her greatest strength so we put those together. It’s an excellent team.”

In the first episode, Kate and Felix are brought in to help Lincoln after working together years earlier. Brooke said that we’ll learn in “bits and pieces” about how Kate and Lincoln came to work together in the first place. “Lincoln has a very strong personality,” Brooke said. “He’s not necessarily the easiest person to work with because he’s so brilliant. We work with him. We love working with him. But in the three and a half years that he’s been in retirement, so to speak, Kate and Felix both have evolved and worked in the private sector. When they come back, as you can see in the pilot, they have new ground rules. So we’re renegotiating the relationship with Lincoln. But it’s interesting once you’ve renegotiated a relationship to see what parts of your past keep popping up, right?”

Even though Kate is investigating horrific crimes and the Bone Collector is still on the loose, Brooke doesn’t think Kate fears her job in any way. “In my mind, she doesn’t think about that, Brooke said. “Not that it hasn’t occurred to her. But her mind works in a very scientific way. She’s about facts. She’s about precision. It’s different from say, Amelia, who is driven heavily by instinct. It’s why Kate gets along so well with Lincoln because they’re both obsessively fact-driven. I think there’s an element of self-preservation in there as well, whether you’re a forensic scientist, NYPD, doctor, or firefighter. In certain professions, you have to detach a little bit in order to do your job,  otherwise, it would just be too much.”